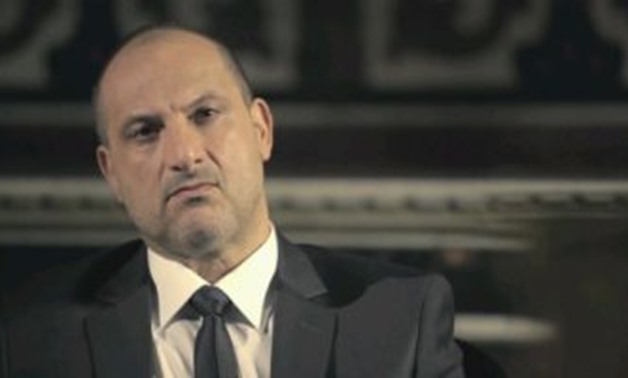 CAIRO - 22 August 2019: Khaled el Sawy confirmed that “Khayal Maata" (Scarecrow) is a film in which all the factors of success gather, pointing out that the film dealt with a wonderful story that was directed to the public brilliantly.

Sawy expressed to the press on Aug. 22 that he is extremely happy to be part of the film’s cast, pointing out that he admires working with Ahmed Helmy very much, as he is a great actor.

He pointed out that the author, Abdul Rahim Kamal, presented a wonderful story directed by Khaled Marei. Sawy was intrigued by the character he embodied, a man who is obsessed with antiques.

Sawy further explained that he recently chooses his work carefully as he learned that when an actor/actress reaches high rankings in the roles he/she presents, they should maintain that level as one mistake can destroy all the previous successful works.

The actor revealed that he likes to recalculate his steps, and what attracts him most to participate in any artwork is the story of the work presented to the public.

The comedy film “Khayal Maata” (Scarecrow) competed in the Eid al-Adha film season, where it achieved an advanced ranking with revenues close to LE 28 million in 9 days.

The film depends on flashbacks, where Ahmed Helmy appears at a young age, and begins to reminisce about old memories. Helmy remembers how he met his wife and the tricks he used to do to draw her attention and then marry her.

The film revolves around an engineer named Zizo, who suffers from skepticism and is exposed to difficult situations because of this suspicion within a comic context.