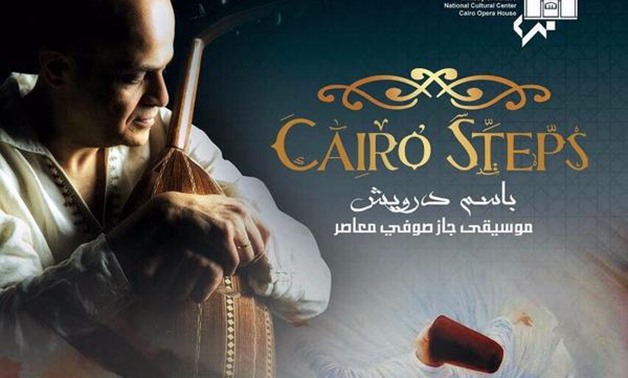 CAIRO – 11 August 2019: Cairo Steps led by music composer and Oudh master Bassem Darwish will perform in the opening ceremony of Citadel Music festival scheduled to kick off on August 18.

It is worth mentioning that Cairo steps performed a concert in Berlin, Germany with the world famous Tango quartet Quadra Nuevo on April 17.

Egyptian Minister of Culture Inas Abdel Dayem honored Cairo Steps in the Egyptian Academy in Rome. The honoring brought the band back to the ancient Philharmonic platform after being awarded the German Jazz Music Award in April 2018.

Minya University Theatre hosted an untraditional concert in December 2018 for the acclaimed Egyptian-German band Cairo Steps who were accompanied by a group of German musicians and Egyptian singer Ali el Helbawy. This concert came as part of an initiative to spread art and music in Upper Egypt.

Darwish was born in Upper Egypt and moved to Germany 25 years ago. He presented the idea of this initiative to Abdel Dayem in the World Youth Forum, which was held in Sharm El-Sheikh in November.

"One of my dreams was to create a high-quality artistic activity in my homeland and to reach out to the largest segment of youth," Darwish said.