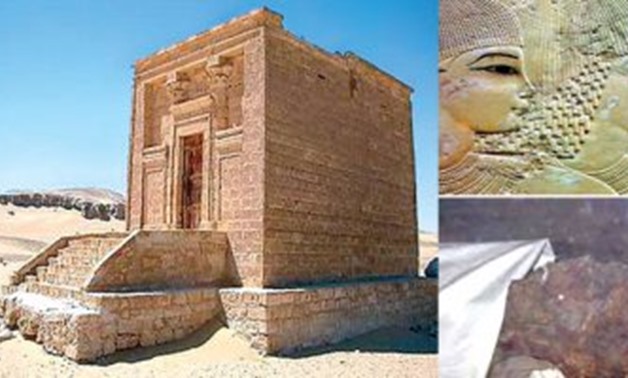 CAIRO – 11 June 2017: The restoration of the Isadora cemetery in Tuna el-Gebel village has been completed, according to Ghareeb Sinbel, head of the Central Department of Antiquities maintenance and Restoration.

‘’The central department is currently performing extensive restoration work, in order to preserve the ancient Egyptian heritage,’’ said Sinbel. He pointed out that the Department is working by self-effort, depending on the available restoration raw materials.

It is worth mentioning that Isadora is an 18-year-old beautiful Egyptian girl, lived in Egypt in the second century BC in the era of Emperor Hadrian. Isadora Tomb claims the first rank among the tombs of Tuna el-Gebel area.

Tuna el-Gebel in the city of Mallawi was the necropolis of Khmun. It contains monuments from the Greek and Roman eras, as well as the Late Middle Ages. On May 13, Minister of Antiquities Khaled Anani announced in a press conference that archaeologists at Cairo University have discovered catacombs including 18 non-royal mummies in Tuna el-Gebel.


"Antiquities are the soft power that distinguishes Egypt," Minister of Antiquities Khaled Al-Enany told reporters during the press conference. "News of antiquities is the thing that attracts the world to Egypt,” he added.

Egyptologist Salah al-Kholi said, "the first human necropolis found in central Egypt with so many mummies,” adding that it could herald even more discoveries in the area.”