By: Mustafa Marie
CAIRO - 17 July 2019: Drama production companies have taken note of the importance of presenting new mega-works away from the Ramadan season. Currently, more than one work is being filmed to be released in October.

Actress Farida Seif el Nasr says that the screenplay depicts the 1940’s era; a time that she loved and wished to live in, as she views it as a time of good customs and respectful traditions.

“I embody a type of personality that I have not played before. I wish to present the role in the best way so that my fans would remember it for a long time," said the actress.

It is worth mentioning that the series “Bahr” (Sea) that actor Maged el Masri completed filming in 2018 is awaiting an opportunity to be broadcast during the month of November.

The series revolves around a man from Upper Egypt named Bahr, who encounters numerous situations during his migration to Cairo.

In the series, Masry plays his first leading role on the small screen. Numerous scenes have been filmed in several villages in Upper Egypt. It has been postponed from being broadcast on open channels several times, where the producing company decided to release it outside the Ramadan series marathon. 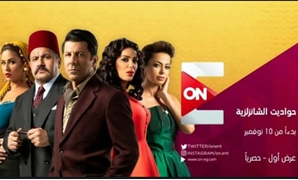 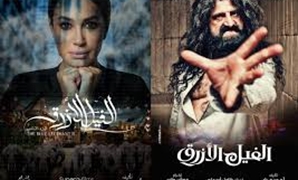 Hakim to present a duo with Stromae for World Cup 2018.