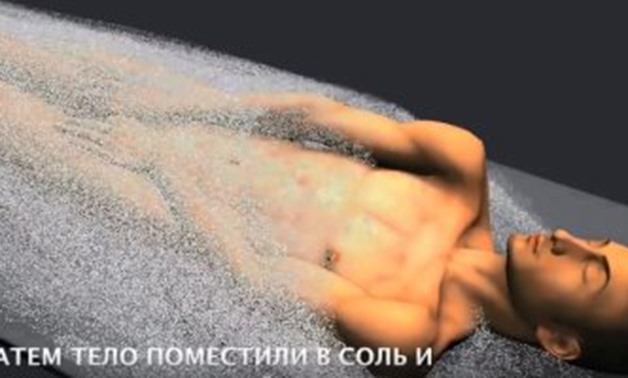 FILE - Part of the video

Watch a modern embalming method for an Egyptian young man

By: Mustafa Marie
CAIRO - 6 June 2019: The official page of the Pharaonic Study Center of the Russian Academy of Sciences uploaded a controversial video on its official page on Facebook.

The video portrayed what appeared to be an unconventional embalming process for a young man who died at the age of 20 in ancient Egypt.

As the page pointed out in its commentary, the video is for a young man named "Geraklidu" who died in Egypt in the first century AD, and was only 20 years old. In 2000, the embalming process of the dead body was filmed by video, which illustrated an unconventional embalming process during the Green-Roman era.

The video showed a different method followed in the mummification. While mummification usually begins with the removal of all internal organs, except the heart, the heart of “Geraklidu” was removed, while the lungs are preserved.

A mysterious roll was placed on the young man's chest, which may have a sacred indication, as the body of an ibis was placed on the belly. The bird was often offered as a sacrifice to the gods in many occasions during some of the ancient rituals.

In this case, however, the bird's body was preserved with the young man's mummified body.

Also, the body was wrapped with a large piece of linen which was dyed in lead-red paint, which is a very rare practice.

Gold coins were added to symbolize protection and resurrections. In the end, the name "Geraklidu" was written in Greek at his feet.

Pharaonic Study Center of the Russian Academy of Sciences 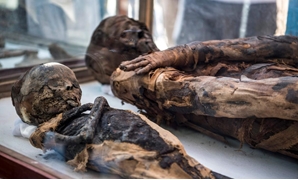 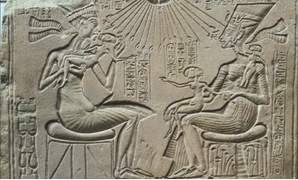