Summary of 1st half of Ramadan series 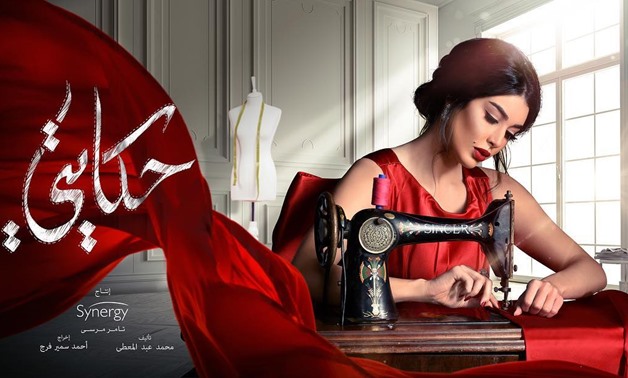 CAIRO - 22 May 2019: After 15 episodes of the competing screenplays that vary from action to social drama, numerous points became apparent.

Several series broadcast during Ramadan adopted the appearance of the hero at the beginning of the story as a person unable to confront individuals or fate.

However, the second half of the series is expected to undergo major shifts for these heroes, eventually being able to fight back, confront their oppressors and retrieve their stolen rights.

Mega star Mohamed Ramadan in his Ramadan series “Zilzal” (Earthquake) is a great example of what is previously mentioned, where Mohamed Harbi -Mohamed Ramadan- was exposed during the last 15 episodes to injustice by Khalil el-Sawah -Maged el-Masry, who forcibly took the land of Mohammed Harbi's house after its collapse in the earthquake that struck Egypt in the 90’s. Sawah also prevented Harby from getting involved in a relationship with Amal -Hanadi Mehana- despite the love story between them. Harbi was imprisoned and eventually forced to leave the village where he was born and raised.

The same could be said about Mostafa Shaaban in his new series “Abou Gabal”, as he appeared as a peaceful man who faces numerous obstacles and gets betrayed by the closest people to him. At the beginning of the story Abou Gabal lost his sons, his house was burglarized and set on fire, and he had to sell the company to give his siblings their share. His third and only son was kidnapped by his cousin’s wife. Abou Gabal was certainly portrayed as a good, simple man who became extremely oppressed and hurt by the closest people to him. Will he be able to retaliate? This is what the upcoming episodes promise to unfold.

In her first leading role, Yasmine Sabry played the role of Dalida, a tender sweet girl that faced all colors of oppression at the hands of her family members after the death of her mother. Her brother opposes the idea of her pursuing an education and getting a job. Her father forces her to marry her cousin. Dalida finally decides to run away to Alexandria where she meets -Wafaa Amer, a woman who owns an atelier and offers Dalida to work for her as a maid. Dalida faces new types of oppression from Wafaa Amer, before she finally meets Ahmed Salah Hosny, the man who seems like he will completely change her life to the better.

Super star Yasser Galal did not appear as an oppressed man in the previous episodes of his series “Lams Aktaf”. However, Galal was guilty of a murder he did not commit and was imprisoned. He eventually managed to escape the grasp of the police forces and became a fugitive. Will he manage to stay free for long? The next episodes of “Lams Aktaf” will certainly hold a lot of surprises.