Pyramids Plateau development project to be opened in late 2019 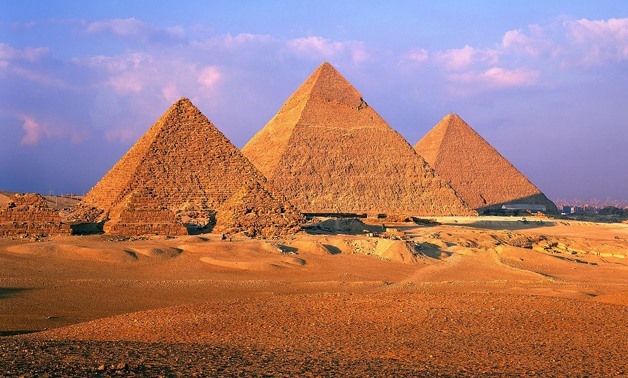 GIZA, Egypt, May 4 (MENA) - Director of the Pyramids Archaeological Area Ashraf Mohy uncovered that the final stage of the Giza Plateau development project includes establishing a tourist walkway that connects the Grand Egyptian Museum (GEM) with the Pyramids area.

During his inspection tour of the new visitors' building in the Pyramids archaeological area, Mohy said that the project of developing the Pyramids Plateau will be opened in the second half of 2019 with a cost of about EGP 500 million.

The visitors' building will group 12 ticket windows including two windows for people with special needs, four others for the Egyptian visitors and six for the foreigners along with three others for the students, Mohy added.

The building will also include a cinema hall that will accommodate 150 visitors who will be able to watch a movie highlighting the history of the archaeological area, Mohy noted.

Meanwhile, he shed light on the new student center that will have a view of the archaeological area.

He underlined that the project aims to provide all amenities to the Egyptian and foreign visitors.