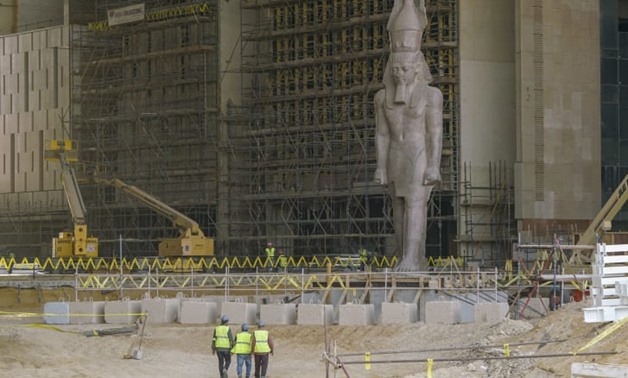 CAIRO, May 2 (MENA) - Minister of Antiquities Khaled el Anany issued on Thursday a decree by whereby Dr Tayyeb archaeological affairs manager at the Great Egyptian Museum (GEM) for one year.

Abbas is currently the deputy dean of the Faculty of Tourism and Hotels for education and student affairs at Minya University.

He wrote many articles and books in English in ancient Egyptian literature and in 2017 was appointed as deputy head of the joint excavation mission between the Ministry of Antiquities and Minya university which unearthed a crypt of mummies in Tuna el Gabal area in Minya.