Homo sapiens: Closing in on the origin of humans 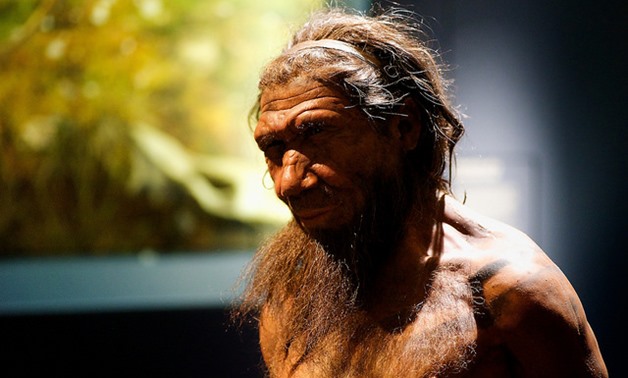 Paris - 8 June 2017: Homo sapiens -- aka the human species -- walked the African continent at least 300,000 years ago, according to two studies published Wednesday which show that humans' forebears existed earlier and were more far-flung than suspected.

As a result, the origin story for humans may be more fragmented than previous evidence suggested, involving stiff competition from other hominins, or early humans, and a fair measure of luck, says Antoine Balzeau, an anthropologist at France's Musee de l'Homme.

The Homo sapiens is modern man, our own species. Two traits in particular distinguish us from other early human species. One is our chin, the bony bump protruding from the lower jaw that is absent in other hominins. The other is our "house shaped" skull: widest towards the top with nearly vertical sides.

Also unique are a pair of bones held together by a fibrous joint that form a kind of skull cap, called the parietal bones. They are much higher than in other early humans, though the skull of our cousins the Neanderthals is wider.

We know now that homo sapiens have been around for at least 300,000 years. Neanderthals, who died out about 30,000 years ago, had a run that lasted about that long. Homo erectus, another early human, walked the Earth for about 1.5 million years.

Our species shared the planet at one time or another with about half a dozen different human species. Besides the Neanderthals and Homo erectus, there were also the Denisovans, an enigmatic species that left few traces; the diminutive Homo floresiensis, or Flores Man, thought to have evolved on one or more Indonesian islands; and perhaps the recently discovered Homo naledi, found in South Africa. And all the ones we have yet to find.

Homo sapiens mated with some of these species, but they left only a weak genetic fingerprint in our genome.

For a long time, we thought that Australopithecus (an ape-like hominin that emerged some four million years ago) gave rise to Homo habilis, which in turn gave rise to Homo erectus, and that Homo sapiens came from there. But now we know that our evolution is far from linear.

Among all these co-existing species, a small group emerged with different characteristics. Because this new group remained fairly isolated, these defining traits rapidly became more pronounced until they resulted in a new species -- Homo sapiens. Bear in mind that the main motor of evolution is chance.

The likelihood that we will one day stumble on bones that reveal our precise origin is very slight. In some sense, one can never find the 'true first' -- such a thing doesn't really exist.

We have a tendency to think that if we are the last human species standing, we must have been superior. We are very proud, for example, of our big brain capacity. That's a fine bit of anthropocentrism!

Recent studies, for example, have shown that there wasn't that big a difference in behaviour and complexity between Homo sapiens and the Neanderthals before they disappeared.

Both species expressed themselves through colours, the fashioning of objects with shells and carvings, and the ritual burial of their dead.

And Homo sapiens was not invincible. We have not found any trace of modern human populations that might have grown outside of Africa earlier than 60,000 years ago -- there is no trace in our genome.

It may be frustrating, but the truth is that we simply don't know why we are still here and the others died out. It may come down to luck. Bacteria and chimpanzees also survived, but we don't ascribe any particular intelligence to them as a consequence.

We need to be careful: thinking that we are superior because our human species outlived all the others is the same as thinking that we don't need to take care of the planet because Homo sapiens will always be around.