Leithy and Abdel Salam to celebrate spring in Nashville on Apr. 28 CAIRO - 24 April 2019: Popular folklore singer Mahmoud el-Leithy will travel to America on April 28 to celebrate the spring holidays in Nashville, Tennessee, with the participation of popular musician Mohamed Abdel Salam accompanied by an Egyptian band.

Leithy is expected to sing a number of his most popular songs during his upcoming concert, accompanied by Abdel Salam, who has become one of the most important names in the world of folk music in recent years. 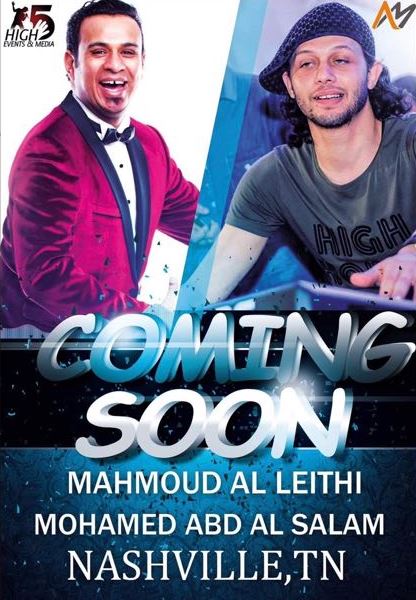