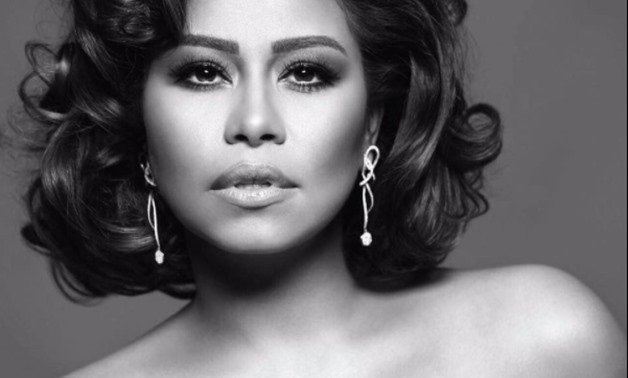 CAIRO – 22 March 2019: Egyptian singer Sherine Abdel Wahab has officially been outlawed from singing for insulting her home country in a concert performance, the Musicians Syndicate announced in a statement released on Thursday, March 21.

Egyptian lawyer Samir Sabry submitted a complaint against the Egyptian super star to the Egyptian general prosecutor accusing her of insulting Egypt during her recent concert in Bahrain. ‘’ I can talk here with complete freedom, in Egypt anyone who talks freely is going to be jailed’’ said Abdel Wahab during the concert.

Earlier this year Sabry submitted a complaint against Abdel Wahab to the Egyptian general prosecutor accusing her of insulting Egypt during her new year eve concert.

Abdel Wahab is not only famous for her melodious voice, she is famous as well for her controversial actions that put her in embarrassing situations in front of her fans.

Abdel-Wahab was accused on Saturday, August 16, 2014, of damaging the apartment of her neighbour, actor Sherif Mounir.

Abdel-Wahab's air conditioner leaked water onto the balcony of Mounir, who lives in a lower apartment in the same building located in the Mokattam district. A block of marble fell from Abdel-Wahab's balcony and almost injured Mounir’s daughter.

Mounir spoke to Abdel-Wahab to complain about the incident and instead of calming him down she shouted at him. Mounir has charged Abdel-Wahab of defamation, claiming that she insulted him and tried to attack him. The matter that drove Mounir to file a case against Abdel-Wahab.

Abdel-Wahab was sentenced by a Cairo court to six months in jail and fined LE 500. Later she apologised to Mounir who withdrew the case.

Her dispute with Amr Diab

Abdel-Wahab was invited to Amr Youssef and Kinda Alloush’s wedding party where she got on stage and indirectly insulted Amr Diab’s old age. Sherine was filmed on the stage at the wedding without her knowledge while telling jokes about herself and the Syrian singer Assala.

After she started to talk about the Egyptian music industry saying: “We don’t have singers, except only those two (she pointed at Tamer Hosny and Mohamed Hamaki), and I want to say that, his time has passed.

The other one is now too old,” right before Youssef takes away the microphone to stop her from continuing. It was clear that she meant to talk about Diab.

Diab’s fans got offended by Abdel-Wahab’s comments and started a hashtag spreading that Sherine was drunk #شرين_سكرانه (#Sherine_is_drunk) along with the video and pictures of Amr Diab’s many music awards.

Sherine posted an official apology after the video went viral, to all those she has wronged at the wedding party saying that she was only joking and did not filter her “joking” appropriately as she was in a private event.

She announced through Amr Adeeb’s TV programme that she decided to donate to charity organisations to apologise for her inappropriate criticizing Diab.
Sherine insulting her home country.

Al-Mokattam’s Court of Appeals scheduled Abdel Wahab’s appeal session for April 10; in the case where she was charged with insulting Egypt for a “bad joke” she made during a concert in Lebanon.

The Egyptian Court had sentenced Abdel Wahab to six months’ imprisonment and a fine of LE 5,000 on Tuesday.

The singer made an ill-humored joke when one of the fans asked her to perform “Mashrebtesh Min Nilha” (Have You Drank from Egypt’s Nile?), to which Abdel Wahab replied that she would contract Schistosomiasis if she drank the water, a phrase seen as inappropriate by many social media users.

“We will continue drinking the Nile’s water and will stop listening to Sherine’s songs,” was the name of the hashtag that launched immediately in response to her joke. The Hashtag topped trends in Egypt for the few hours that followed Abdel Wahab’s declaration.

The Health Ministry previously released a statement that contended the singer’s allegations. The statement stated that Egypt has fought Schistosomiasis and reduced its prevalence to 0.2 percent.

The Egyptian Musicians Syndicate decided, after conducting the necessary investigations, on banning Abdel Wahab from singing in Egypt for two months. This period ended on January 14, 2018.

“There are some envious people who seek to harm Sherine and ruin the great accomplishments she achieved in the past few years. She will come to the syndicate to defend herself and clear her position,” Reda Ragab, the Deputy Head of the Musicians Syndicate recounted previously.

“We should turn this page and be all fully dedicated to support our country culturally and artistically at this current historic stage to achieve the aspirations of the great Egyptian people,” the renowned Egyptian singer and the syndicate Head Hani Shaker previously stated, commenting on the syndicate's decision to ban Abdel Wahab from singing.

Abdel Wahab, 37, is a popular Egyptian singer who was born in 1980. She started her career in 2000. Two years later, the music producer Nassr Mahrous who strongly believed in Abdel Wahab paired her with Tamer Hosny on the same music album.