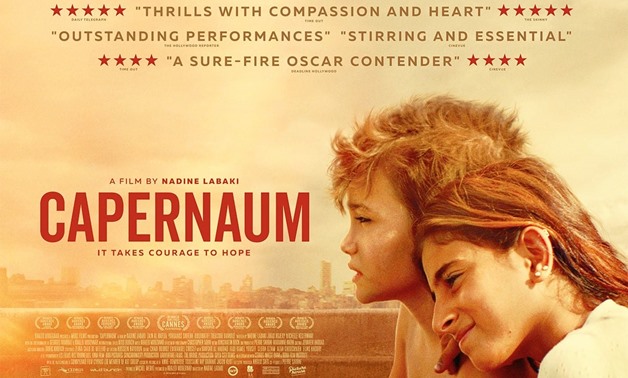 Oscar nominated Lebanese movie 'Capernaum' to be screened at Egyptian cinemas on Mar.20

By: Egypt Today staff
CAIRO – 15 March 2019: The Lebanese film "Capernaum" will be screened for the first time at Egyptian cinemas on Wednesday, March 20.

The movie directed and written by famed Lebanese director Nadine Labaki tells the story of a rebellious child who lives in a poor area and decides to file a suit against his parents for bringing him into this cruel world.

Acclaimed American presenter Oprah Winfrey who is at the same time a voting member of the Academy of Motion Picture Arts and Sciences said that "Capernaum" is a must-see movie.

"Capernaum" has previously won the Jury Prize at the Cannes Film Festival, drawing much attention to Labaki as a distinguished filmmaker.