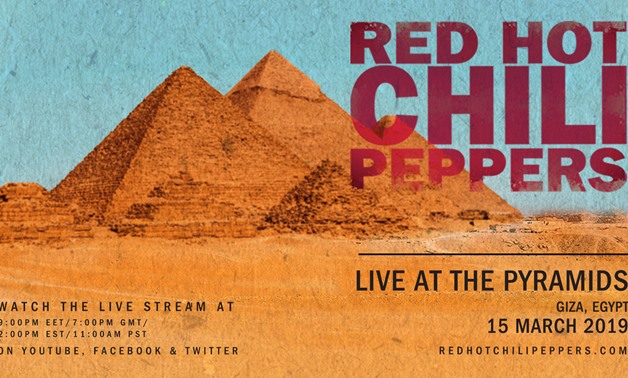 “Before visiting a new place my body tingles with excitement, a yearning for a new mystery to unfold, a fascination with a new culture, the possibility of new friends, tasting new food, smelling new scents, absorbing new rhythms.

Learning. Learning. Learning. It is happening again right now, my heart is abuzz with joy at the prospect of performing in Egypt. I’m so grateful and humbled for the impending experience,” said Michael Peter Balzary, known professionally as Flea.

Balzary is an Australian-American musician, singer, actor and the bassist and founding member of the rock band Red Hot Chili Peppers

Red Hot Chili Peppers is an American rock band formed in Los Angeles in 1983. The group's musical style primarily consists of rock with an emphasis on funk, as well as elements from other genres such as punk rock and psychedelic rock.

When played live, their music incorporates elements of jam band due to the improvised nature of many of their performances.

Red Hot Chili Peppers is one of the best-selling bands of all time with over 80 million records sold worldwide; they have been nominated for sixteen Grammy Awards, of which they have won six, and are the most successful band in alternative rock radio history, currently holding the records for most number-one singles. Al-Ahly extend lead after a dramatic win over Pyramids