CAIRO - 5 March 2019: In 1984, after a period of isolation, veteran actor and TV personality Samir Sabri succeeded in convincing the “butterfly” of the cinema and oriental dance Samia Gamal to return to the dancing scene where she excelled.

When Gamal returned to dancing she had already exceeded 60 years of age; however, that did not stop her from performing as gracefully as she always did. “My relationship with Samia Gamal started when I visited my friend, late actor Roshdy Abaza, during their marriage. Gamal was a beautiful, and tender wife; she remained proud of being the wife of late legendary actor Roshdy Abaza for 17 years,” commented Sabry.

Sabry continued that after the divorce of Gamal and Abaza and his death, her apartment sank because of the explosion of a water pipe. Her financial condition at that time was unfortunate, especially as she was the guardian of her sister and her five nephews. This was when Sabry tried to convince her to return to dancing through the performing group he headed.

“Gamal opposed the idea, explaining that she was too old for dancing and that people would attack her for dancing at such an elderly age. I continued to convince her that she is still a “butterfly” and with the appropriate dress, she can dance for 15 minutes,” explained the veteran actor. 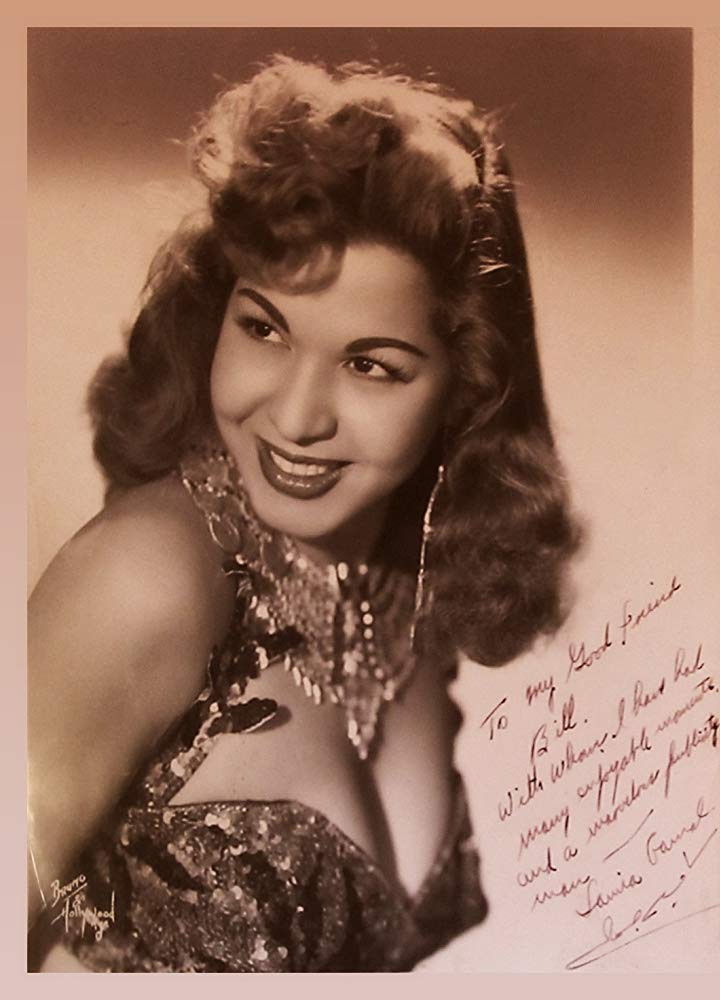 “When Gamal finally agreed, we achieved unprecedented success in our theatrical shows held on Mondays, where the number of spectators reached 1,300 individuals. Lots of people used to come to Egypt from abroad to attend our shows,” said the veteran actor proudly, adding that Gamal used the money to pay off her debts, fix her apartment and pay her taxes.

Gamal then told Sabry she wanted to stop, as she only returned to dancing to pay off her debts.
This was the end of her dancing career; she passed away months after.

Samia Gamal was an Egyptian belly dancer and film actress. Born in the small Egyptian town of Wana on March 5, 1922, Samia's family moved just months later to Cairo and settled near Khan El-Khalili.

It was many years later that Samia Gamal met Badia Masabni, the founder of modern oriental dance. Badia offered Gamal to join her dance company; she accepted and began her dancing career.

At first, she studied under Badia and Badia's star dancer at the time, Tahiya Karioka. However she soon became a respected soloist and brought forth her own style. Samia Gamal incorporated techniques from ballet and Latin dance into her solo performances. She was also the first to perform with high-heeled shoes on stage. Gamal starred in dozens of Egyptian films next to the famous Farid al-Atrash. They could be thought of as the Fred Astaire and Ginger Rogers of the Middle East. They not only played each other's love interest on the silver screen but also in real life. However, their love was not meant to be because of Farid's social position; he refused to marry Samia. Farid believed that marriage kills the artist's talent, and he never married.

Some claim that Farid, being a prince, told her it would bring shame to his family if he married a belly dancer; but the claim is baseless. Farid helped placing Samia on the National Stage by risking all he owned, and managed to borrow to produce a film “Habib al Omr” co-starring Samia in 1947.
In 1949, Egypt's King Farouk proclaimed Samia Gamal "The National Dancer of Egypt", which brought US attention to the dancer. In 1950, Gamal travelled to the US and was photographed by Gijon Mili. She also performed in the Latin Quarter, the New York's trendy nightclub. She later married the so-called "Texas millionaire" Shepherd King III. However, their marriage did not last long.

In 1958, Samia Gamal married Roshdy Abaza, one of the most famous Egyptian actors, with whom Gamal starred in a number of films. Samia Gamal stopped dancing in 1972 when she was in her 50s but went back to dancing later and finally retired in the early 1980s.

On March 5, 2017, Google dedicated a doodle to Gamal for the 93rd anniversary of her birth. The doodle reached all the countries of the Arab World.