The GEBO is also endeavoring to hold a book fair at the Faculty of Art Education on March 10 and a book fair in the Egyptian University of Science and Technology on March 11. Also, Qena Book Fair in Nagaa Hammadi will be held on March 13.

Egyptian University of Science and Technology 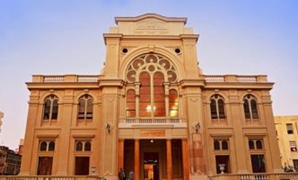 Nagy, Abdel Aziz to perform in Alexandria, Damanhur on Aug. 23