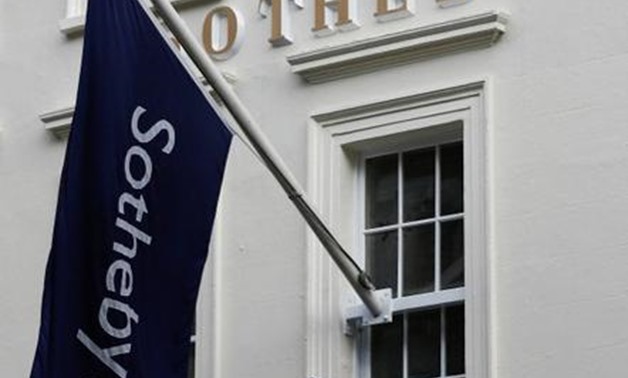 By: Reuters
LONDON (Reuters) - A computer-generated portrait of a face that will change and mutate forever is among the works that went on display in London on Friday ahead of a major art auction next week.

While paintings by Lucian Freud, Andy Warhol, Jean Michel Basquiat and Roy Lichtenstein are likely to fetch some of the highest prices, “Memories of Passersby I” by German computer programmer Mario Klingemann is an eye-catcher.

Consisting of two screens wired to a computer housed in a retro-looking wooden case, the artwork generates a male-looking face on one side and a female-looking one on the other — images in the style of the Old Masters, but constantly and seamlessly changing.

“‘Memories of Passersby’ is a machine that I created that will keep on generating portraits of non-existing people forever,” Klingemann, who specializes in using computer code to create art, said.

It has an estimated price tag of 30,000-40,000 pounds — a snip compared with some of the more traditional works among the 68 lots on offer at Sotheby’s Contemporary Art Auctions.

Lucian Freud’s portrait “Head of a Boy” should fetch up to 6.5 million pounds, according to a pre-sale estimate.

A 3-metre-high (10-foot) nude by British painter Jenny Saville is expected to sell for 5-7 million pounds, “the highest pre-sale estimate ever placed on a work by a living female artist”, according to Sotheby’s.

The works will be sold at auctions on March 5 and 6. 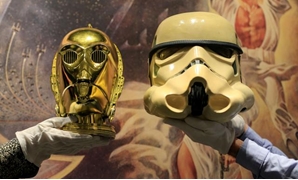 From posters to helmets, Star Wars collectibles up for auction 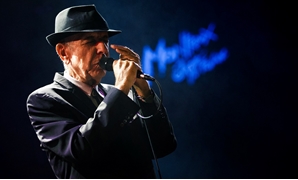 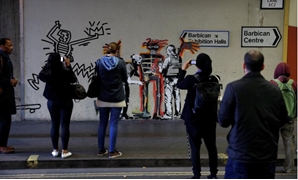 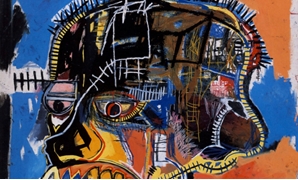