Famous females that proposed to the men of their dreams 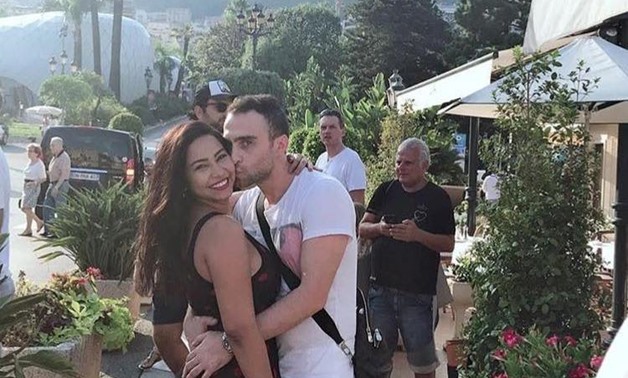 
CAIRO - 14 February 2019: While it is common that the man is the one who proposes to his loved one, on Valentine's Day, ET presents famed females that broke that rule and proposed to the men of their dreams. “I will marry you today!” This famous quote was said by famed actress Naglaa Fathy to late prominent media personality Hamdy Kandil. Kandil wrote in his personal diaries that he was waiting for Fathy’s usual call in the morning. Once she called and the conversation started flowing, Fathy surprised Kandil and said "I was actually thinking to marry you today!"

Later during the usual morning call, actress Naglaa Fathy asked Kandil to come to her apartment after 5 p.m. that day and prepare his passport to carry out the legal procedures. “Are you going to come or are you still hesitant?” Fathy asked. The startled Kandil was unable to say anything else but agreed to her proposal. This is how this famous couple got married. Second on our list is famed actress Dalal Abdel Aziz who persuaded comedian Samir Ghanem to get married to her after 4 years of trials. Ghanem was against the entire idea of getting married, but Abdel Aziz was able to marry the man of her dreams. Wafa’a Kilany is the third on our list. During one of her interviews with prominent Syrian actor Taim Hassan, Kilany surprised Hassan when she jokingly proposed to him on air. Later on, the joke became a reality and the couple got married! Yasmin Raeis also proposed to the man of her dreams, director Hadi el-Bagoury. The actress once told Bagoury “I know that I will marry you in the end,” and she did.

Last but not least, prominent singer Sherine Abdel Wahab is the one who proposed to her husband singer Hossam Habib. The couple was close friends for a long time, but eventually they got married after Sherine’s proposal.

Love is a strong force and it doesn't matter who proposes to whom, as those females surrendered to the force of love, and let their hearts show the way.