Prominent musician Rageh Daoud to be honored in CIBF on Jan.27 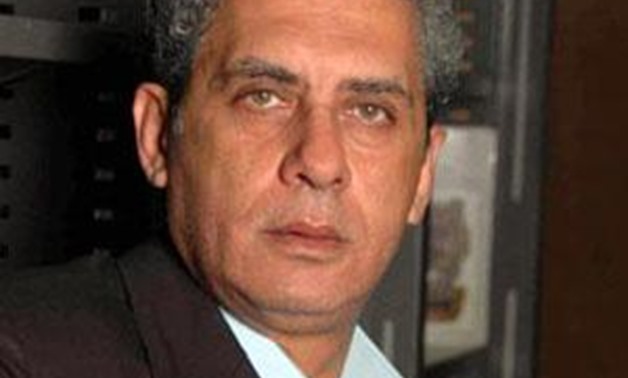 CAIRO – 27 January 2019: Prominent musician Rageh Daoud will be honored on Jan. 27 in an open symposium held in the Cairo International Book Fair, where he will also discuss his artistic works.

The symposium comes as part of several artistic meetings organized by the Cairo International Book Fair and held in the cinema hall to discuss with actors/actresses, directors and producers their different artistic contributions.

Rageh Daoud is an Egyptian composer of contemporary classical music. Daoud was born in Cairo and began his studies at the Cairo Conservatoire at the age of 9, later studying composition there with Gamal Abdel Rahim, and graduating in 1977. He also studied piano with Ettore Puglisi.

While continuing his piano studies with Puglisi, Daoud attended the composition class which late Gamal Abdel Rahim had founded at the Conservatoire, where he studied with him composition, the theory of traditional Arab modes and contemporary composition.
In 1977, Daoud obtained his diploma in musical composition with honors.

He was appointed assistant at the Composition Dept. of the Conservatoire in 1978.
In 1981, he got a scholarship to pursue post graduate studies in composition at Vienna Music Academy, where he studied with Prof. T. Christian David and the British Frances Burt.

In 1987, Daoud obtained his graduate diploma, and later in 1988 the Magister Artium from Vienna Music Academy. At the end of 1988, Daoud returned to Egypt to resume his teaching career at Cairo Conservatoire, where he is now professor at the Dept. of Composition and Conducting. He wrote several orchestral, chamber compositions and piano works.

The prominent musician plays an active role in the musical scene in Egypt and abroad, where his works were performed in Cairo, Alexandria, Vienna, Italy, Germany, Paris, Czech, London, Spain, Canada, Hungary and Poland.

He was awarded several prizes in cinema festivals, namely the National Festival for Feature Films in Cairo, Alexandria Film Festival, and the critics association, among others, for the music he composed for feature and documentary films.

Daoud has also founded and conducted the Chamber Orchestra of the Hanager Center of the Ministry of Culture to help promote contemporary Egyptian music.