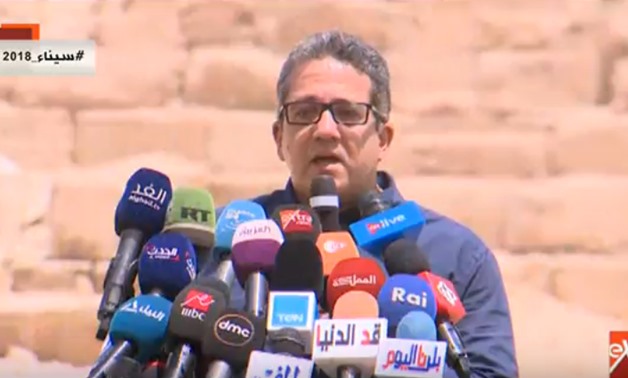 Minister of Antiquities Khaled Anany announced the discovery of more than five stone coffins at Saqqara area, and declared it “a great archaeological discovery” - TV Screenshot

The committee was formed in 2017, under the chairmanship of the secretary general of the Supreme Council of Antiquities.

According to the committee's compiled report, none of the precious pieces in storage was missed from any of the warehouses, he also said.

Waziri added that now that the work in these main storage facilities is done the committee will start inventorying sub-warehouses nationwide.