'Rediscovering the Dead' at Egyptian Museum on Jan. 10

By: Mustafa Marie
CAIRO – 9 January 2019: Head of the Museums Department at the Ministry of Antiquities Ilham Saladin will inaugurate a temporary exhibition entitled "Rediscovering the Dead" on Jan 10 at 6 p.m. at the Egyptian Museum in Tahrir Square.

The exhibition is scheduled to run until the end of January.

According to Saladin, the exhibition is the first of its kind within the Egyptian Museum, where it will be the first time to display 15 different skulls of both genders and different age groups. The skulls are nearly 6,000 years old.

The exhibition also includes the 21,000 year-old skeleton found in Wadi Al-Kobaniyah in Aswan, which is the second oldest skeleton in the world.

In addition, a Roman era mummy of a child layered with gold that was discovered in Akhmim City in Upper Egypt will also be displayed during the exhibition.

Director of the museum Sabah Abdel Razek described the exhibition as educational as it sheds light on the importance of organic archaeology in ancient Egyptian history.

Important information could be obtained from human remains in various archaeological sites, according to Abdel Razek.

Abdel Razek pointed out that the exhibition deals with four different topics: age and sex assessments to clarify gender and age differences, in addition to how to obtain such information through skulls.

The second topic is focusing on different diseases and their effects on skulls.

The third and fourth topics, according to Abdel Razek, shed light on the process of embalming and gathering data on the location of the artifacts. 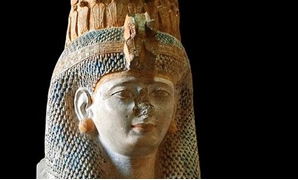 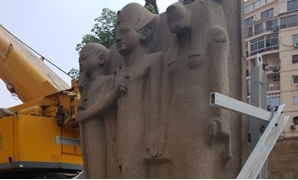