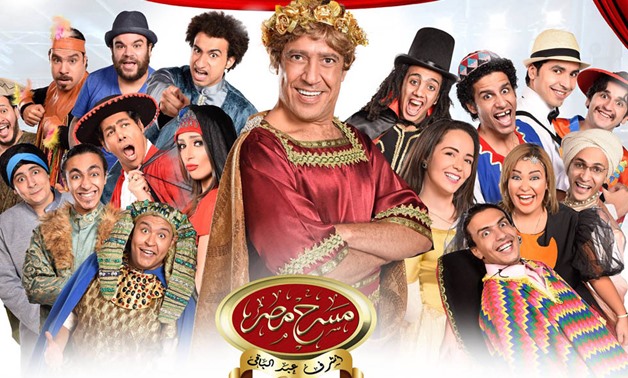 CAIRO - 2 January 2019: Veteran comedian Ashraf Abdel Baki expressed his extreme happiness with the theatrical experience he has recently gone through in Saudi Arabia, which follows the footsteps of his original experience in Egypt titled “Masrah Masr” (Egypt’s Theater).

Abdel Baky stated in a video he uploaded on his official Instagram account that he is currently enjoying himself in the Saudi Theater in Jeddah with a group of very talented young actors.

Abdel Baki encouraged fans to attend the play set to be staged on January 4-6 in Jeddah.


Over the past months, Abdel Baki has selected a group of 40 young actors and actresses and trained them; he also put the final artistic touches on the new theater's performances.

Abdel Baki graduated from Ain Shams University's Faculty of Commerce, later deciding to pursue a drama career despite his parent's dislike for acting.

However, Abdel Baki's parents later changed their opinion after he received support from his older brother.

Abdel Baki acted in 54 films, 16 soap operas, and 14 plays, with the play “Khashab El-Ward” (Flower Wood) being his first role on stage.

He persuaded late veteran actor Fouad el-Mohandes, and his wife Shwikar to appear in the film “Estanglina”, starring Abdel Baki.

The veteran actor was honored at the Cairo International Film Festival for Children.