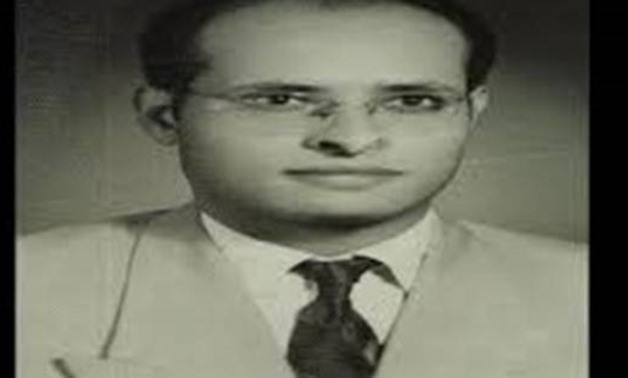 Hemdan joined Tawfiqiyya secondary school, where he started to realize his passion for geography. He then joined the Department of Geography at the Faculty of Arts in Cairo University.

At the age of 20, he obtained his B.A. with distinction and was soon appointed as staff member in the Faculty of Arts, to be granted a scholarship at the University of Reading, UK to obtain his M.A. and Ph.D. degrees.

In the UK, Hemdan was a student of the eminent English geographer Austen Miller.
Hemdan’s geographical contributions formed the majority of the Egyptian geographical school, pertaining to Egypt’s identity and history that it is characterized by its magnanimity and singularity.

Hemdan’s writings were knowledgably rich, showing clearly how Egypt was his ultimate passion. His love to Egypt was unique, a passion that influenced all his writings.

Hemdan's masterpiece "The Personality of Egypt" delineated and interpreted the Egyptian personality as influenced by history and geographical considerations.

Hemdan left behind a rich legacy of both Arabic and English books, about seventeen books in Arabic and eight in English, in addition to numerous articles in Arabic, published in different newspapers, magazines and media outlets.

Hemdan's deep vision made him a smart predictor as he anticipated several events which, he thought, were compatible with geographical facts, the most famous of which is his prediction of the disintegration of the Soviet Union.

Hemdan announced that “The Personality of Egypt” was the product of ten years of dedicated efforts and researches, in which he used 245 Arabic and 691 foreign reference books.

In his masterpiece, he extensively explained the factors making-up the Egyptian personality since the early days of the Pharaohs. For Hemdan, Egypt was the main chapter of the geography book.

“The Personality of Egypt” will remain an unprecedented scientific masterpiece on Egypt.

"The Personality of Egypt" along with "Studies on the Arab World" and "The Contemporary Islamic World's Geography" formed a trilogy on Egypt's natural, economic, political and cultural character and its position in the world.

Hemdan was the first to refute the lie stating that the current Jews are descendants of the Israelites.

Hemdan won several scientific prizes and merit awards including: the State Incentive Prize for Arts and Letters, the State Merit Prize for Social Science, the Scientific Criticism Award by the State of Kuwait, and Order of Merit of the First Class for Science and Arts.

Hemdan died on April 17, 1993, where the lower half of his body was found burned. The doctor's report showed Hemdan didn't die of burns.

People close to Hamdan discovered the disappearance of drafts of some of the books he was writing such as "Judaism and Zionism" that consisted of 1,000 pages.