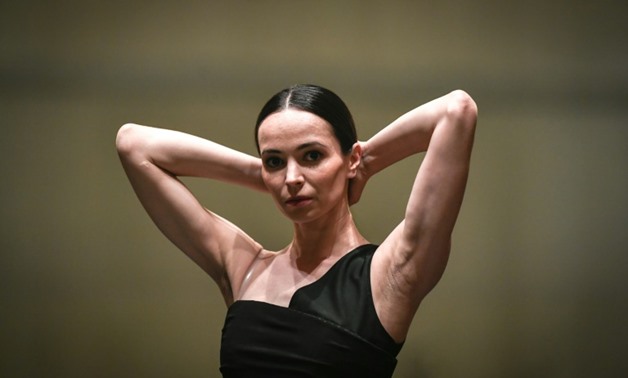 One of ballet's biggest stars has warned that the development of young ballerinas is being jeopardised by viral videos of hyper-elastic dancers performing incredible tricks.

Russian prima ballerina Diana Vishneva told AFP that the popular clips on Instagram and YouTube set false expectations that could hamper and even harm young dancers.

"Often I see young dancers more interested in their phones than what is going on in rehearsals," said the star of the Mariinsky Ballet in Saint Petersburg, the birthplace of Tchaikovsky's "The Nutcracker" and "The Sleeping Beauty".

"Some are not yet professional or mature enough to understand what they are watching on YouTube," said the 42-year-old after dancing at the Paris Opera four months after having her first child.

"They see the surface, the great bodies, but they don't realise the work behind that," said the former star pupil of the legendary Vaganova Academy, the school that produced Nijinsky, Nureyev, Anna Pavlova and Natalia Makarova.

Vishneva fears that young dancers are being set unrealistic standards by posed photos and videos, particularly on Instagram.

"When I was young we simply didn't have time for anything other than ballet. Now kids spend hours on social media. And you see that immediately on stage," she told AFP.

"They don't know about timing or have a sense of movement. It has to happen right away. They want everything now," said the ballerina who has divided her time between the American Ballet Theater (ABT) and dancing in Russia for the past 13 years.

Her comments come as unease has been growing about the influence of unrealistic role models for young dancers on social media.

The influential US publication Dance Magazine warned earlier this year that "what seems like harmless visual candy is setting new standards for young dancers as they seek to emulate their Insta-heros.

"These tricks, in and of themselves, are not bad things. However, devoid of a codified technical progression... they can be disastrous," it warned.

"Even the advocates of technique and artistry get wooed by the sirens song of an S-shaped supporting leg, or the gravity-defying pyrotechnical jump," said Theresa Ruth Howard, a former star of the Dance Theatre of Harlem who now teaches ballet internationally.

"Teachers who admonish the flexible girl for stretching all the time instead of working on strength" can easily get seduced by the tricks that draw Instagram fame and followers.

"It's a guilty pleasure that dance folk of a certain generation would be slow to admit to," she added.

Vishneva, who was trained by living legend Ludmila Kovaleva and got the highest marks ever at the Vaganova, said it is a "permanent struggle" to stay at the top.

As one of the first post-Soviet ballerinas to carve out a solo career in the West, Vishneva came up through the notoriously tough Russian system.

But she said change was inevitable in ballet especially as voices have now begun to be raised in what was a hermetic world to denounce harassment and abuse.

She said that she was "never pressured or humiliated" at the Vaganova.

"Perhaps I got lucky with my teachers or it's because my character was strong... (but) there has to be a difference between requiring discipline and humiliation. There should be red lines which ballet masters can't go beyond," she added.

As for sexual harassment, Vishneva jumped to the defence of her favourite dance partner in the US, Brazilian Marcelo Gomes, who resigned from the ABT in December after he was accused of sexual misconduct.

While she said she was horrified by cases of men "abusing their power", the ballerina said it was also disturbing that "innocent" men were also being blackened.


"This harassment thing came to ballet after all these scandals in film industry. I don't like to see that in many cases innocent people got hurt," Vishneva said.

"This needs to be judged very carefully, it's very thin ice, especially in ballet where physical contact is very strong."