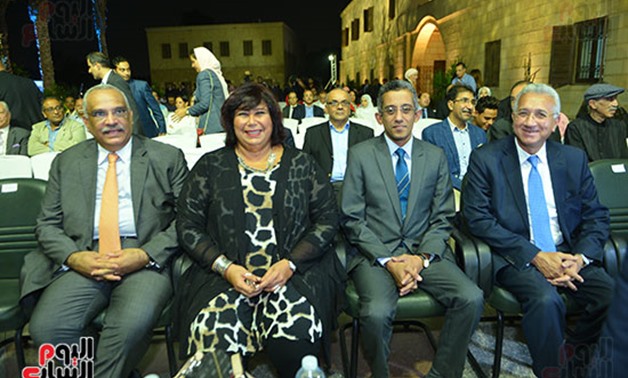 CAIRO – 18 September 2018: Head of the National Organization for Urban Harmony, Mohamed Abu Sa’ada, stated that the project, “Lived Here”, aims to raise the awareness of individuals on the national monuments, entities, and influential individuals that are considered symbols of the Egyptian civilization.

The press conference for the project was set to be in Salah-Eddin Citadel, according to Abu Sa’da. “The project’s implementation was difficult yet interesting, as scientific research and meeting with the families of late influential people that once ‘lived here’ were very enriching,” Abu Sa’da continued.

According to the head of the National Organization for Urban Harmony, 200 influential individuals have already been chosen, and the search for more continues.

Former Minister of Culture and member of the project’s committee, Emad Abu Ghazy, stated that he hoped that the project will cover the entire country eventually, shedding light on all influential persons in arts and politics.

The project is not going to be easy to implement, especially that a huge poster will be hung on the influential person’s home. The poster is connected to an app that connects the person to the project's URL on the web.

It is worth noting that writer Kamil Zuhayri previously aimed to create a cultural network for Egypt, in which information is shared and exchanged. The idea was not applied at the time and hence Abu Sa’ada adopted it and started to implement it.

Furthermore, Abu Ghazy confirmed that Egypt is in dire need of a project that raises awareness about all the influential individuals that once lived in the country.