Characters throughout Ramadan we will remember forever 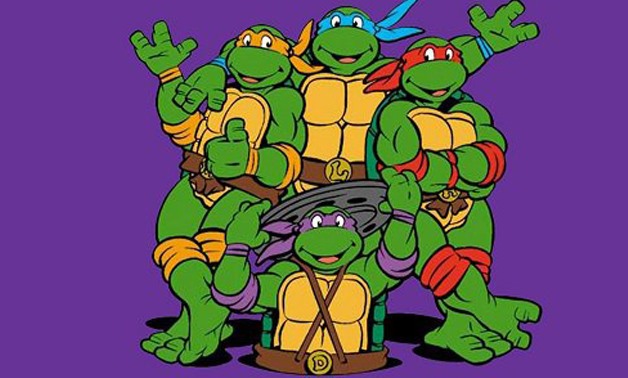 CAIRO – 25 May 2017: Certain nostalgic TV characters are making a comeback to the Ramadan festivities through decorations, gifts or lanterns made in Egypt. Egypt Today brings to you their memory and a brief on these characters.

Bogy and Tamtam
Bogy and Tamtam are the hero and the heroine puppets of the famous children show titles with their names as well.

The return of Bogy and Tamtam came accompanied by a lot of nostalgia. Their appearance made people think of the past Ramadan figures that were really missed.

2-Fawazir Nelly (Nelly riddles)
It is hard to remember Ramadan popular figures without mentioning Nelly. She is best known in the Arab world for her ‘’Fawazir Ramadan’’ (Ramadan riddles.) Nelly was the star of the show, she performed lots of dances and songs in each episode. Her shows were broadcasted to various major Arab television stations on a daily basis during Ramadan.

3-Fawazir Fatouta
One of Ramadan unforgettable characters is Fatouta performed by the comedian star Samir Ghanem. Fawazir Fatouta began in Ramadan 1982. Fatouta is a little man in a green suit and very big oversized shoes, taking the audience around the word or making them laugh with a funny song or dance through his riddles.

4-Fawazir Sherihan (Sherihan Riddles)
The great star Sherihan also put her distinctive mark in Ramadan for decades through her catchy Fawazir. Her first show was in 1986 named “Alf Leila we Leila” based on tales taken the Arabian Nights; then Fawazir ‘’Hawl El Alam" (Around the World) and finally ‘’Hagat we mehtagat ‘’ (Needs and Things) in 1994.

5-Zakia Zakaria prank show
The famous prank show Zakia Zakaria, achieved great success to the extent that made most of the audience believe that Zakaria is a real woman, not a man (the star Ibrahim Nasr.)

6-Ninja Turtles cartoon series
The long awaited cartoon series by many generations was "Ninja Turtles" which was shown in America in 1987 and in many Arab countries. Thousands of children have been associated with the four turtles. The brave turtles who were always fighting petty criminals, evil mutated creatures, while attempting to remain hidden from society, were an inspiration for a lot of children.

7-Bakar cartoon series
Favorite Nubian Egyptian boy Bakar and his pet goat Rashida are the first purely Egyptian cartoon character invented by the famous director Mona Abu-Nasr in 1998. Bakar was the loyal friend to most of the 1990s children.