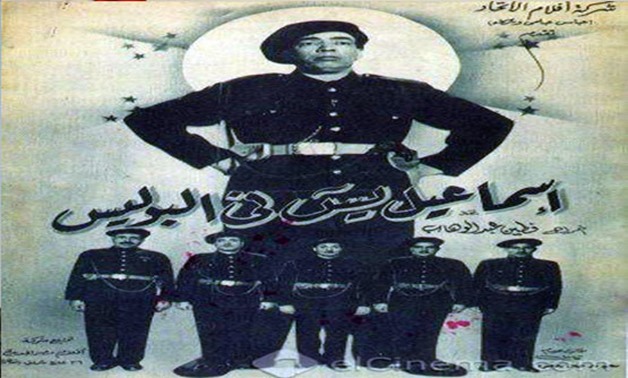 CAIRO – 24 May 2019: Ismail Yassin is one of the most prominent comedians in the Egyptian cinema history and loved by all family members.

Celebrating his 47th death anniversary, Egypt Today is shedding light on the most important features in his career.

Yassin was born in 1912 in Suez governorate and began his career as a monologue singer in Badia Masabni’s troupe.

He started his acting career in 1939 in the movie ‘’Khalaf El-Habayeb’’ (The Son of the Dears). Yassin grabbed the audience’s attention as a talented comedian, which encouraged Ali el-Kassar, a comedian star at the time, to give him the opportunity to be a member in his successful troupe.

Yassin’s fame increased and he proved himself talented in many movies which mostly portrayed the hilariously troubled relation between son and mother-in-law.

Perhaps the most famous are “Hamaty Konbela Zarya” (My Mother-in-law is an Atomic Bomb) in 1951, “El-Hamwat El-Fatenat” (Charming Mothers-in-law) in 1954.

His popularity rapidly grew; Yassin starred about 15 movies whose titles carried his name - most of them written by his lifetime friend and scriptwriter Abo el-Seoud el-Ebiary.

The classic comedian relied much on his unattractive facial expressions, making fun of his large mouth to evoke laughter.

Despite being considered a farcical clown by some critics, the admiration of his performance by generations of Egyptians and Arabs maintains his phenomenal status to this day.

In the 1960s, his health began to deteriorate. He traveled to Lebanon where he had to play small roles. Later, he returned to Egypt, heavily in debt, to die of a heart attack on May 24, 1972, leaving a legacy which makes him forever alive.