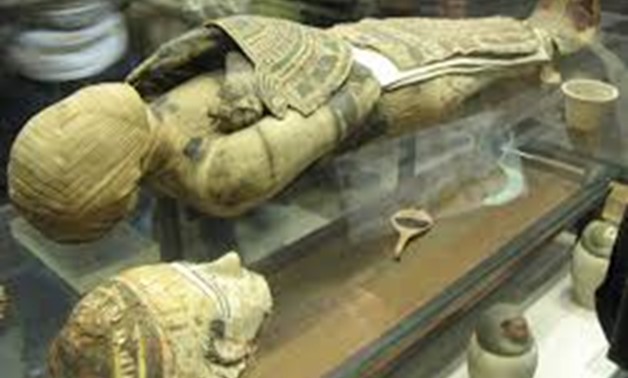 The discovery was made after tests were performed on a mummy that dates back between 3,700-3,500 BC, archaeological chemist and mummification expert Dr. Stephen Buckley from the University of York's Bio Arch Facility stated.

The mummy housed in the Egyptian Museum in Turin was previously thought to have been naturally mummified by natural causes; such as hot weather and the rigid desert climate it once resided in.

However, unlike numerous prehistoric mummies displayed in various museums around the world, this specific mummy had never undergone any conservation process, which gives the scientific team a real chance at performing accurate scientific analysis, commented Buckley.

The 'mix' of plant matter contained antibacterial agents, similar to those used by the ancient Egyptian undertakers, who had peaking skills in the processing of the dead bodies.

“Moreover, this preservative treatment contained antibacterial constituents in the same proportions as those used in later ‘true’ mummification. As such, our findings represent the literal embodiment of the forerunners of classic mummification, which would become one of the central and iconic pillars of ancient Egyptian culture,” he added.

Buckley, along with TV Egyptologist and University of York Prof. Joann Fletcher, were previously part of a team of scientists that won a BAFTA for the 2011 Channel 4 documentary, "Mummifying Alan: Egypt's Last Secret", which was about the mummification process at Sheffield's Medico-Legal Centre.