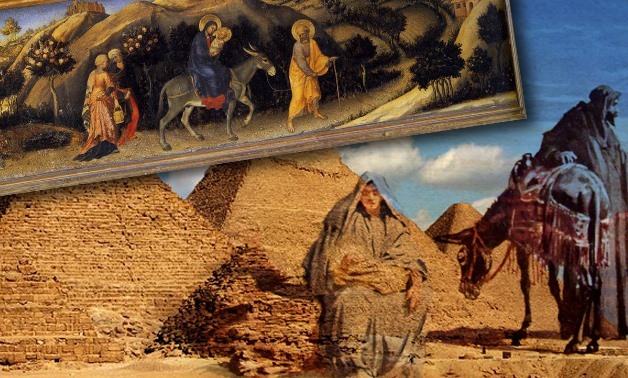 CAIRO – 16 August 2018: An archaeological committee, tasked with preparing a study on the archaeological sites along the path of the Holy Family's Flight into Egypt, held a meeting to discuss the latest developments in putting the sites on the UNESCO’s list of Intangible Cultural Heritage.

In this regard, Supervisor of the Technical Office of the minister of antiquities and a member of the committee, Ali Ahmed, said that the committee has identified the stations of the Holy Family's Flight in Egypt, and the sites, where celebrations for the journey are held, were chosen.

The Flight into Egypt, as mentioned in the Gospel of Matthew, is a biblical event marking the appearance of an angel to St. Joseph in a dream to advise him to flee to Egypt with Mary and infant Jesus.

The journey passes through 25 different places that have significant meaning to the Holy Family during the escape from Herod the Great who sought to kill the newborn "King of the Jews" and led the infanticide known as the Massacre of the Innocents.

A statement from the Tourism Ministry said eight main locations have been chosen to be the key stops of the pilgrimage route.

The pilgrimage starts in the city of Al-Arish, North Sinai, crosses to the Eastern Delta of the Nile and reaches Wadi El-Natroun, where a number of important Coptic monasteries lie, including St. Mary Church, Saints Sergius and Bacchus Church and the Garnos Monastery.