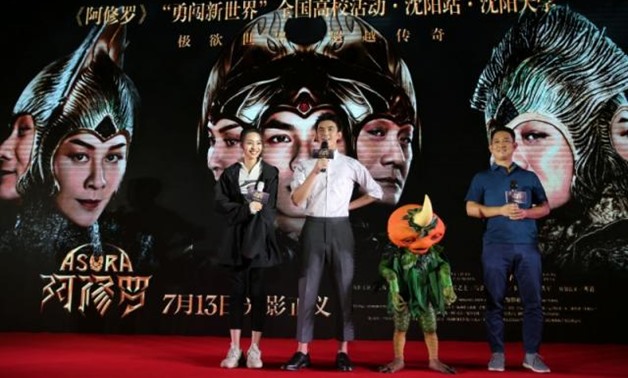 SHANGHAI/BEIJING (Reuters) - A Chinese blockbuster hopeful, backed by Alibaba Pictures Group and with a reported budget of over $100 million, has been abruptly pulled from cinemas in the country after sinking on its opening weekend at the box office.

The move highlights the challenges being faced by China as it looks to promote home-grown productions to rival imported blockbusters from Hollywood. The country has seen several big-budget films flop though some lower-cost ones have done well.

The latest disappointment “Asura” had been billed as one of China’s biggest-budget movies after the $150 million U.S.-China co-production “The Great Wall”. That 2016 movie, starring Matt Damon, also failed to impress at the box office.

“Asura”, a fantasy epic based on Tibetan mythology, was yanked from cinemas by producers after it brought in a meager 49.46 million yuan ($7.41 million) and got a lowly rating of 3.1 on local movie review site Douban.

In a statement posted on the film’s official social media platform, the producers said the movie was pulled from Sunday night and apologized to viewers who would not be able to see the movie that had been six years in the making.

Asura is something of a warning for Chinese producers about the perils of big-budget movie making.

Even as the fantasy movie flopped, another unexpected film with a budget reportedly of around $15 million struck a chord.

“Dying to Survive”, the real-life story of a Chinese cancer patient arrested for importing drugs from India, has made over $350 million, according to box office tracker EntGroup.

China, which is on track to overtake the North America film market, has become an increasingly important region for global producers looking to pump up their box office returns, despite a quota on imported films and strict censorship.