In pics: Antique sarcophagus found by security forces in Alexandria 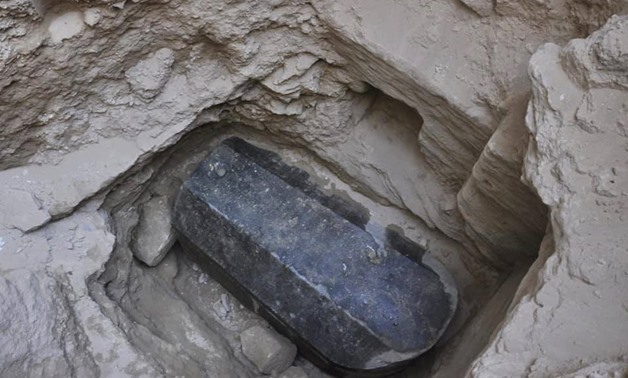 CAIRO – 1 July 2018: A 30-ton archeological sarcophagus was found below a building in Alexandria governorate, Egypt, by the security forces on Sunday.

Inspection of the sarcophagus revealed that it is made of black granite of about 265 meters in length and it has a height of 185 cm; the security forces coordinated with the Engineering Department of the Armed Forces, as well as the Tourism police to extract the sarcophagus.

Ayman Ashmawy Head of the Ancient Egyptian Antiquities Sector said that the tomb was found at a depth of 5 m beneath the surface of the land. It is noted that there is a layer of mortar between the lid and the body of the sarcophagus indicating that it had not been opened since it was closed in antiquity.