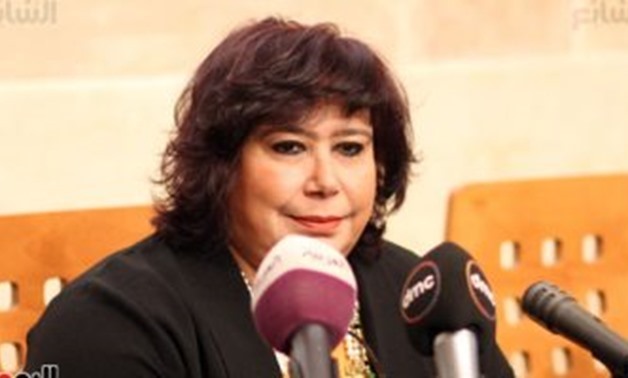 CAIRO – 26 June 2018: Ministry of Culture announced a wide-ranging program on the occasion of the 5th anniversary of June 30 revolution, celebrated next Saturday and Sunday.

Egypt’s cultural venues including theatres, circuses, museums, and Cairo opera houses will be open for public for free next Friday and Saturday, Minister of Culture, Ines Abdel Dayyem, announced on Tuesday.

The ministry’s Theatre House and Cairo Opera House will organize several free performances. Also, the Balloon Theatre, National circus and cultural houses will provide a group of activities and performances suitable for different categories of people, including kids and people with disabilities, for free. Similarly, the Fine Arts’ sectors will be holding several seminars in the museums.

General Egyptian Book Organization will organize the first-ever book fair to be held in the delta province of Damietta and its prime resort city, Ras El Bar.

“The June 30 revolution was made by the people and its annual anniversary is a feast that is celebrated by all Egyptians; this emphasizes the public awareness, their quest for a better future and their commitment to the comprehensive strategy,” Abdel Dayyem said in a statement on Tuesday.

Next Saturday and Sunday are declared to be public holidays for all employees in private and public sectors.

On June 30, 2013, Egyptians took to the streets and public squares to demand the ouster of former-Muslim Brotherhood affiliated-President Mohamed Morsi, who was sworn in as the president of Egypt in June 2012.

Massive protests broke out in protest to his rule characterized by the domination of the Brotherhood figures over high governmental positions.

Shortly after Morsi was sacked by then-Defense Minister Abdel Fatah al-Sisi, the Rabaa al Adawiya mosque and its adjacent area as well as Giza’s Nahda square became the main places for the Muslim Brotherhood rallies.

Rabaa sit-in disturbed the lives of the district residents, “the sit-in was actually an attempt to impose a new reality, even on Rabaa residents,” prominent salafist preacher Yasser el-Borhami said earlier.

The protests at Rabaa sit-in used to remove the tiles of the pavements to forge barricades and block the roads surrounding the sit-in.

Since the ousting of President Morsi, Egypt has seen growing waves of extremism washing over the society and spawning numerous deadly attacks. Among these attacks was the terrorist attack that hit Al-Rawdah Mosque and left more than 302 Friday prayers congregates dead in late November.

A month earlier, the Interior Ministry announced that 16 security officers had been killed during clashes with militants in Wahat in the Western Desert; the clashes also led to the killing of 15 militants.