Songwriter Diane Warren, right, is being sued by a British man who says he wrote her hit "Look Away" three decades ago - AFP

By: AFP
6 June 2018: Thirty years after the band Chicago hit number one with the ballad "Look Away," a man who was just a teen back then is suing to say that he wrote the song.

Brendan Greaves from northern Britain filed suit Tuesday seeking $20 million in damages from Diane Warren, the prolific songwriter who is credited with penning "Look Away," which topped the US singles chart in late 1988.

Greaves said he had submitted the song to a British school music competition in 1987 when he was a 14-year-old student.

He did not win the contest sponsored by now defunct EMI Records, but alleged that Warren acquired the tune through the contest.

On why it took him so long to complain, Greaves in the lawsuit filed in federal court in Los Angeles said that he lived in a "quiet village" in Yorkshire and had not heard the Chicago song until 2015.

Representatives for Warren did not immediately comment. Warren has written dozens of hits since the 1980s, mostly pop tunes and power ballads, including Celine Dion's "Because You Loved Me" and Aerosmith's "I Don't Want to Miss a Thing."

The number of copyright lawsuits has been proliferating in recent years in the United States, especially since a ruling in favor of the family of Marvin Gaye.

The estate of the soul legend successfully won $5.3 million alleging that Robin Thicke's "Blurred Lines," the top-selling US single of 2013 that was written with Pharrell Williams, stole rather than simply took inspiration from Gaye's "Got to Give It Up." 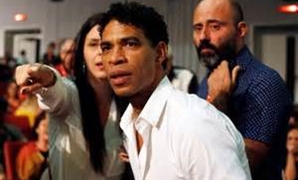