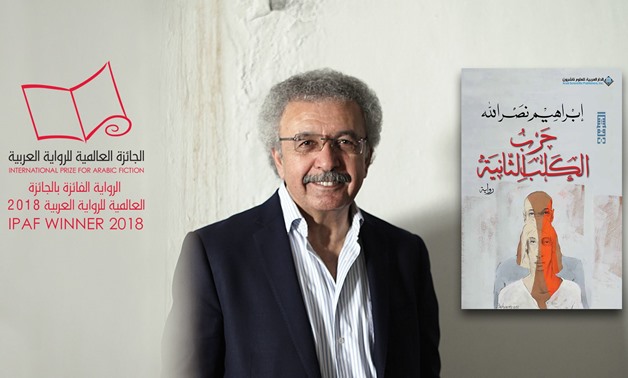 By: Raya Al-Jadir
CAIRO – 5 June 2018: This year's International Prize for Arabic Fiction (IPAF) went to Palestinian – Jordanian author Ibrahim Nasrallah for his novel "The Second War of the Dog", which tells the story of Rashid, who changes from being an opponent of the unnamed regime into a materialistic extremist. Set in a futuristic and unknown country, the novel focuses on the struggle between greed and human values and ethics, the latter being ignored.

The IPAF prize includes of a cheque with the value of $50,000 – one of the richest prizes in fiction – as well as funding the translation of the novel into the English language. We caught up with Ibrahim Nasrallah to find out more about his life, work and philosophy.


Q1: In your own words who is Ibrahim Nasrallah?

IN: No human being can summarise himself or his thoughts and ideas in a few lines. Every book I have ever written was an attempt to say something about my surroundings and the people around me, starting right from my family's tale of how they were 'thrown out' of their homeland in the year of the Nakba, through writing about my nation (Palestinians) in my literary project – "The Seven Novels of Palestinian Comedy", covering 250 years of modern Palestinian history – in addition to writing numerous poetry volumes. I was born in Amman, Jordan where I spent my entire life, living all its details as it matures and grows and I wrote about it in my three-novel project "Al-Shrfat" (The Balconies...of Delirium, of snow man, and of disgrace)

Q2: When did you start writing and what motivated you to become a writer?

IN: I began writing in my final year of middle school; I was only 13 years old. I don't think a person can recognise the main motivating factor but maybe it is a mixture of feelings that one endures, goes through and needs to express via writing; only to find out later on that writing is the best form of expression.

Q3: Who impacted you or influenced your work?

IN: I have been influenced by every author or poet who has produced a good piece of work and as you know our Arab region is quite open to all the different cultures worldwide; writers from across the globe have become an integral aspect of our daily cultural and literary life.

Q4: Can you tell us more about your journey to Kilimanjaro Mountain with Palestinian children who had been injured during the intifada?

IN: It is a unique experience, as it carried in its essence a humane message that portrays defiance at its best. What I learnt from this experience I tried to express in my 380-page novel. It was not just lessons that I have learnt, it was way bigger than this; it was a rich and very touching experience and maybe the opening of the novel tried to demonstrate one of these lessons; “inside every human there is a peak that is to be reached; otherwise he will remain at the bottom”...But I also learnt how to find that artistic equation; I would say it is almost a mixture of simplicity, complexity and madness that enabled me to write this novel. Therefore, I was not exaggerating when I said “this novel is the novel that I have always wished to write.”

Q5: Were you surprised at "The Second War of the Dog" winning the prize? And what did you think of the other contenders?
IN: No one can predict a single thing; especially when it comes to winning the booker prize. Most probably the results were a surprise to everyone; to the critics, readers and the work's author. I read all the works that had progressed to the short list and as I said in my winning speech, "I fell in love with these novels as a reader and I feared them as a rival."

Q6: Do you think the Arabic literary field is reflective of the Arab region's reality and its various individualistic issues?

IN: The best reflection of Arabs' life with all its complications is Arabic literature. It is the most transparent image of the human soul and the ambitions of an entire nation; literature is also the most daring and capable tool to convey ideas despite the political shadow that controls our lives. Therefore, literature is freedom, beauty, dignity and hope.

Q7: A recent western study claimed that people in the Arab region are the least to read, do you think this is true?

IN: I don't believe this entirely, especially in the last decade, as there is a significant return to reading in particular among young men and women. I also think that the role of publishers is expanding, as publishing has become a lucrative business which has made some people millionaires. If you are asking if I long for a wider proportion of reading, then yes I do, but we can't forget or ignore the fact that there are many Arab countries where books can't be available due to internal wars, sanctions or because of censorship and regime's guidelines. I have my doubts about the accuracy of this study as it is an isolated research carried out by someone living in the west, which has wider freedom, more civil rights and a better economic situation, so you can't compare that to the Arab region and developing countries.

Q8: Is there any new book for you on the horizon?

IN: There is a trilogy which covers nearly the entire 20th century, which is part of my Palestinian comedy project; it will deal primarily with Palestinian civil life and will rely on stories of love, music, singing, and photography. It will also contemplate the reality of Palestinians through the journey of various generations and the way life has evolved.

Q9: What is the role of literature in enlightening generations on issues that concern the entire region such as the Arab spring and political situation?

IN: There is no doubt that literature, writers, and artists from the Arab world played a courageous role in portraying a realistic image of our souls, and we can't imagine the daily Arab life without their presence. Yet, Arab writers were also always monitored and constrained by oppressive regimes and poor education.

The Second War of the Dog 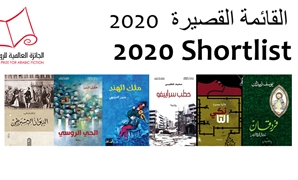 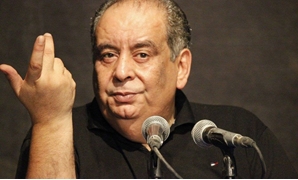 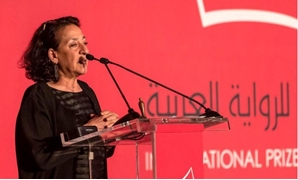 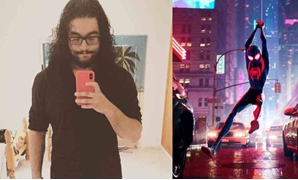 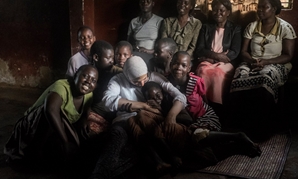 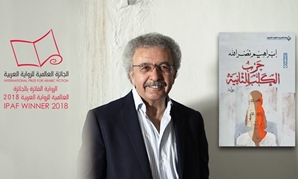 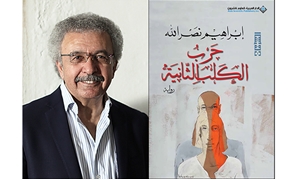