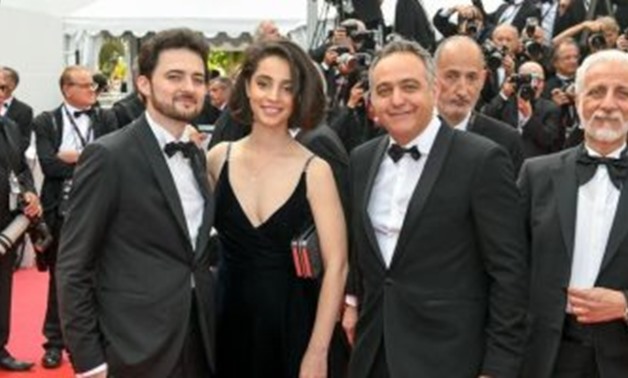 CAIRO – 19 May 2018: The Egyptian movie “Yomeddine” (Day of Judgment) was awarded the Francois Chalais Prize at the Cannes International Film festival on Friday. “Yomeddine” is competing for the Cannes Festival’s most prestigious award, the Palm d'Or award, which will be announced on Saturday. The official website of Cannes International Film Festival previously announced that the Egyptian feature is also nominated for the Golden Camera award, which is granted each year to the best first-time director at the festival.

The tragic comedy “Yomeddine” revolves around a leprosy patient who escapes from the hospital along with one of his friends in order to search for his family. “Yomeddine” is directed by Egyptian-Austrian director Abu Bakr Shawky, who became the first Egyptian to be invited to the main competition of the Cannes Film Festival.

The 71st Cannes Film Festival held a press conference with the Egyptian filmmakers of “Yomeddine” after its screening at the festival on Wednesday, May 9. The screening was attended by many international actors, including Julianne Moore, Louise Bourgoin and Kiko Mizuhara. All the attendees praised the movie’s construction and drama line, as well as the directing technique adopted by Shawky in his debut feature.

“A lovingly made, character-driven road movie that occasionally dips into sentimentality, yet has moments that honestly play on the heartstrings,” wrote Jay Weissberg in Variety.

The Egyptian and Arab presence at the 71st edition of Cannes International Film Festival is significantly prominent. A number of Arab films are officially participating in the festival.

The Egyptian movie “El Maseer” (The Destiny) will screen on Sunday, May 13 at 9 p.m. as part of the festival's events.

“El Maseer”, released in 1997, is considered one of the classics of Egyptian cinema; it is written and directed by late great director Youssef Chahine and stars a notable group of Egyptian actors, including Leila Elwi, Khaled el Nabawy, Nour el Sherif, Hany Salama, Mohmaed Mounir, Safia el Amary, Rojina and Mahmoud Hemeida. Leila Elwi will travel to Cannes to attend the screening of “El Maseer”. She said, "This is the least I can do to honor the soul of the great Chahine.”

The movie “Kafr Naoum” will also participate in the festival’s official competition, while “Sofia” and “Qomashty el-Mofadala” (My Favorite Cloth) will screen in the Uncertain Regard section.

“Kafr Naoum”, directed by famous Lebanese director Nadine Labaki, tells the story of a rebellious child living in a poor area who decides to file a lawsuit against his parents because they gave birth to him in this cruel world.