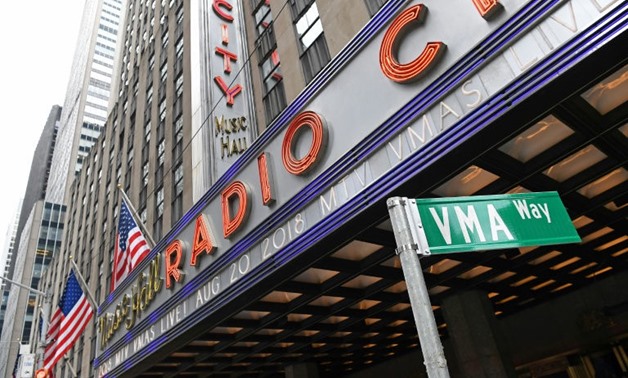 The music and youth culture network made the announcement with its trademark astronaut-clad "moonperson" appearing outside Radio City Music Hall, the historic theater where the awards will take place.

"New York City's creative energy has always fueled those who live and work here. This is where music, film, and art collide and where the Video Music Awards were born," Mayor Bill de Blasio said in a statement.

The move comes amid intense competition between Los Angeles and New York for cultural events, as the pop music business steadily migrates to the West Coast.

The Grammy Awards held a one-off edition in New York in January after 15 years in Los Angeles, while the MTV Video Music Awards have largely alternated, taking place in New York's Madison Square Garden in 2016.

The VMAs, which will take place in New York for the 17th time, recognize top videos -- but are more widely watched for eyebrow-raising pop culture moments than for the winners.

Memorable past VMA incidents include Madonna and Britney Spears locking lips on stage, former child star Miley Cyrus provocatively twerking her rear and Lady Gaga wrapping herself in a dress made of raw meat.

But like most award shows, the VMAs have seen viewership decline significantly in recent years as audiences enjoy greater choices online.

MTV, however, pointed to Nielsen ratings which showed the channel's viewership in the key 18-34 age demographic has grown for the past three quarters, its longest expansion in seven years.