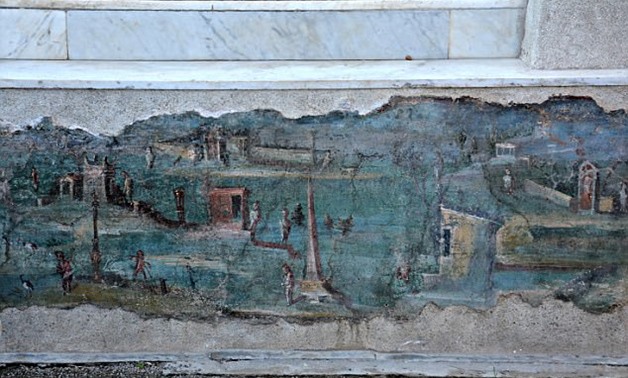 CAIRO - 8 May 2017: Stunning paintings depicting the Nile River were discovered in the garden of a large ancient Italian villa in Pompeii, the Daily Mail reported on Saturday.

The newspaper said the paintings could provide insight into how the early Roman Empire was influenced by ancient Egypt.

The Casa dell'Efebo was considered one of the biggest houses in the city before it was mostly ruined when Mount Vesuvius erupted in AD 79.

Daily Mail quoted Caitlin Barrett from the department of classics at Cornell University as saying that the drawings give the house a more cosmopolitan feel and outline how the Romans took a strong interest in aspects of ancient Egyptian culture, such as religion.

Barrett said the paintings from Casa dell'Efebo were created after Egypt was incorporated into the Roman Empire and that they were prolific in imagery and depicted the conquest of Egypt.