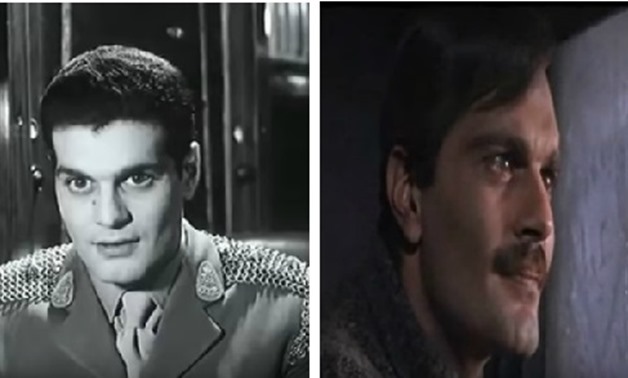 Collage of pictures of Omar El Sherif – screenshots from Youtube

CAIRO – 10 April 2018: Marking his 86th birthday on Tuesday, the epitome of world cinema is still honored for outstanding performances to this day. The Oscar nominee Egyptian actor Omar Sharif remains a sophisticated icon of the golden cinema age and here is why:

The native partner in Lawrence of Arabia (1962)

Playing Sherif Ali in the film Omar Sharif successfully portrayed a strong domain aiding Lawrence who rebels against the orders of his superior officer and goes on a journey through the desert to attack a Turkish port. Sharif’s first debut in Hollywood, the film has been nominated for an Academy Award for Best Picture and has been described by Variety as “one of the epics of the silver screen.”

The intellect lover in Dr.Zhivago (1965)

Omar Sharif has starred as the protagonist in the film Yuri Zhivago; Dr. Zhivago was the 8th highest- grossing film of all time in Canada and the U.S. with an estimated admission of 124,135,500. The film revolves around Sharif playing the role of the young doctor who falls in a tempestuous love story, with brutal consequences.


Starring opposite to his beloved wife renowned Egyptian actress Faten Hamama, El Sherif played the role of Ahmed an agronomist in the film “Sira’a Fl Wadi” (Struggle in the Valley) directed by the veteran film director Youssef Chahine. El Sheif’s first film, The Blazing Sun was presented in the 1954 Cannes Film Festival and was selected as one of the best 150 Egyptian film productions during the Egyptian film Centennial.
The Egyptian Commando in “Ard El Salam” (1957)

Playing the role of Egyptian commando Ahmed, Sharif takes on the role of a character who disappears inside a Palestinian village and cooperates with one of the Palestinian village girls. Sharif emphasized the heart-warming Arab stance towards the liberation of Palestine and honoring the fighters and great icons of resistance, fighting for their lands and resisting the Israeli occupation.


Playing the role of Temujin who is innately an introverted person, Sharif manages to become a fearless leader through his character Temujin – Genghis Khan who manages to unite Mongol tribes and surmounts the Middle East, Europe and Asia.


Starring as the lover of the legendary singer Barbra Streisand who played the character of the famed comedian Fanny Brice, Sharif successfully pinpoints the interesting aspects of Brice’s character in her career, personal life and relationship with the character he plays called Nick Arnstein.

The Argentinian revolutionist in Che! (1969)

Depicting the Marxist revolutionist Che Guevera, Sharif stars in this documentary and brilliantly plays the role of Che who fought and toppled the corrupt Batista regime.

The wise clerk in Monsieur Ibrahim (2003)

Sharif played the role of a wise Turkish shop owner in Paris who became friends with a teenage Jewish boy; he began to lecture him about the valuable merit of all religions. The Golden Globe nominated film depicts the wise teachings of Ibrahim (Omar Sharif) to the boy who sought to explore different windows and questions in life as Sharif directs him to what he should look forward to in life.


The veteran actor concludes his cinematic journey with the fascinating story about the young scientist of the 11th century Arabia called Ibn Al-Haytham. Despite Sharif’s small role in playing the grandfather, he makes a marvelous appearance in the film that explores ancient mysteries.