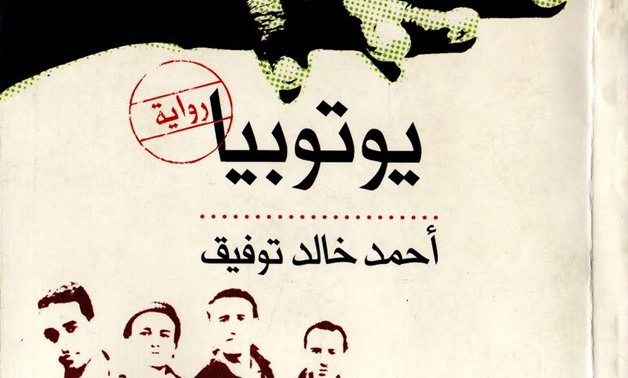 Ahmed Khaled Tawfik: Enlightened me as an adult

By: Aya Samir
CAIRO – 4 April 2018: Contrary to most stories that you might be hearing about growing up as a teenager and being inspired by Egyptian author Ahmed Khaled Tawfik’s pocketbook series “Ma Wara Al-Tabia” (Supernatural), I didn't. I grew up reading “Ragol Al Mostaheel” (The Man of the Impossible) by Nabil Farouk; it was my favorite then, but later on, I wished I had read Tawfik’s, too.

Don’t get me wrong, I’m not saying that I didn't like what I read then by Farouk, or that I regret it; I loved it more than any other book I found then, and read it like an addict.

By my early twenties, one of my friends expressed his regret as we were talking about our reading tastes as a teenager, and I explained how I didn’t get the chance to read “Ma Wara Al-Tabia”. “How didn't you read it,” he rebuked, more than wondering. He tried to send me the series to read online, but again, I felt too old to read the pocketbook series!

Maybe that was a mistake. As saying the goes, you are never too old to read anything, and this is true when it comes to Tawfik’s works in particular. This is something I know now, but back then, I just took the wrong decision, which caused me to miss the inspiration everyone is talking about. I missed the early introduction to Tawfik that most of my generation had, but I don’t regret it, because shortly later, I decided that it was time, and we were introduced properly.

“Utopia” is how I meet Tawfik. This is how his thoughts scared me in the beginning and overwhelmed me with questions about human nature and to what extent it can reach barbarism. Human nature, as complicated as it is, doesn’t need to make sense all the time. I believe now that revolutions are ideas and their ends are not definite; however, revolutions are our salvation.

Tawfik was talking in this masterpiece about two different communities living at the same time. He imagined that life became too cruel, as economic and social gaps widened and swallowed everything, between excessive richness and pauperization. The two worlds lost all sense of morality and humanity.

The first city, the rich one, was surrounded and protected by a high fence to keep the classy, rich group away from the savage poor. Meanwhile, out of boredom, groups of youthful, wealthy hunters occasionally sought adventure and a rush of adrenaline by sneaking out and going to the people they treated like animals in order to hunt.

They used to do it as a risky hobby, leaving and returning with a young woman or man and talking about it later with pride among friends. Tawfik unleashed his words to be chilling and too real. He made it clear that anyone could find himself the protagonist of the story – a story based on real history, analysis, data and statistics. He didn’t make anything up. I now realize that you may be a far worse version of yourself, you may believe that you are a hero, but at any moment in time, there is always the possibility that you may be the prey.

The novel creates a beautiful mixture of fiction and reality, beginning with raw information and culminating in a mind-blowing tragedy. All one can do while reading is hope and pray for something to happen before submitting ourselves to this fictional, yet conceivable reality.

With a lot of details that make you wonder when and where that happened, the novel starts and escalates. Your eyes become wide open, intensely gazing when one of the rich hunters decides to start one of his usual adventures, but for some reason loses his way back home and meets someone from the poor city who decides to help him go back to the rich community again.

The poor man took a wise choice despite the risks and consequences he might face from his own community as a result of his action, and here you think to yourself: this will change everything. This won’t just change the man’s life, but the whole community’s thoughts. For a minute you believe that this will be the beginning of an intellectual revolution, or maybe not. Despite everything, the amateur hunter despised him, raped his sister and took him as prey.

Endings like these make you repeatedly rethink about all the decisions you have made, all the other sides of people you don’t see and all the assumptions you believe are naturally inherited by human beings. It doesn’t mean we are born evil; it means we have a choice based on our beliefs. Furthermore, neglecting social indicators does not make you smarter in any way, because eventually, nothing is controllable.

Tawfik made me finish his twisting novel within 24 hours, creating thousands of scary questions in my mind. While it was a fiction novel, the scary part was that it was based on true and accurate statistics about rates of poverty in societies and human nature. It made me feel that this could turn into reality at any point or any time. That was his way of ringing the alarm bell, and surely everyone who read the novel understood it.

Since then, I turned into a loyal fan of Ahmed Khaled Tawfik. I read most of his novels later, but unfortunately not yet the pocketbook series. What made Tawfik different was that he was not just another storyteller, but he understood and wrote our worst thoughts and fears and spoke our minds.