Antiquities Ministry gears up for new projects across the country 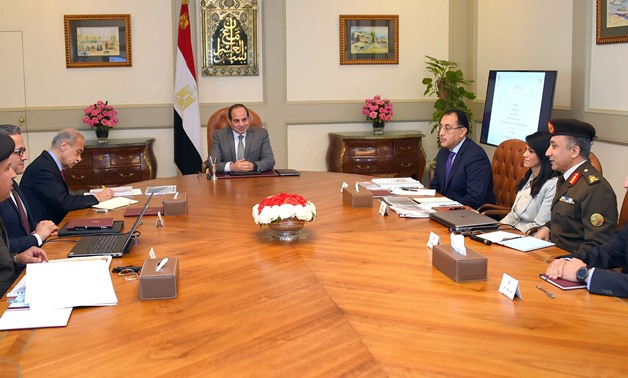 CAIRO- 3 April 2018: Minister of Antiquities Khaled El Anani announced that the ministry is currently working on developing the Sohag National Museum, the Temple of Abydos, and Meet Rahina Monument, among others, following a meeting with President Abdel Fattah El Sisi on Monday.

Other developments in the antiquities sector include developing the archaeological sector, especially the large Egyptian Museum located on an area of about 500,000 square meters. Its artifacts will be transferred to the new museum, which will include about 100 thousand antiques, making it one of the largest museums in the world, according to a ministry statement.

El-Anani also discussed ongoing preparations for opening the Rommel Cave regarding its development of the archaeological area surrounding the pyramids.
Sisi called for continued modernization of archaeological sites and the use of best methods to preserve Egyptian monuments given its national wealth and heritage for Egypt and globally.