'Life is Beautiful' to screen at Room ART Space 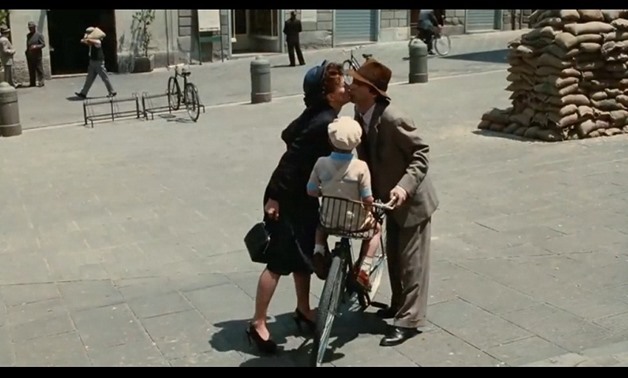 Directed by Roberto Benigni, who also stars as the film's lead actor, the movie follows Italian hotel waiter Guido Orefice, who attempts to woo over the pretty schoolteacher Dora (Nicoletta Braschi), who begins to fall for his charming, kind-hearted nature and clever sense of humor.

Dark hints at what is to come are the only serious elements of the otherwise light-hearted and goofy first half of the film, which is a mostly silent pure comedy involving the various Charlie Chaplin-esque antics of Guido as he butts heads with his rival in love, the stuck-up local town clerk.

Eventually however, Guido is the one who wins Dora's heart, and five years later he is happy in life as both husband and father to 5 year old little Joshua (Giorgio Cantarini). Unfortunately, Italy's fascist regime sees fit to this all to shreds; Guido is Jewish, and he and his son are sent to a death camp, with Dora coming along as well.

Surely doomed and with nothing but humor at hand, Guido sees fit to tell Joshua that all that is happening is just a game, the grand prize being an actual Tank to drive; it is his only way to protect his son from the coming horrors.

This film is a tragic look at how a family's love can weather through a nightmare scenario, even when the light at the end of the tunnel has been snuffed out, and all hope is lost.

"Life is Beautiful" won three Oscar awards, including the Best Actor in a Leading Role, Best Original Music and Best Foreign Language Film awards. It also won the Grand Prize of the Jury award at the Cannes Film Festival and was nominated for the Palme d'Or award.