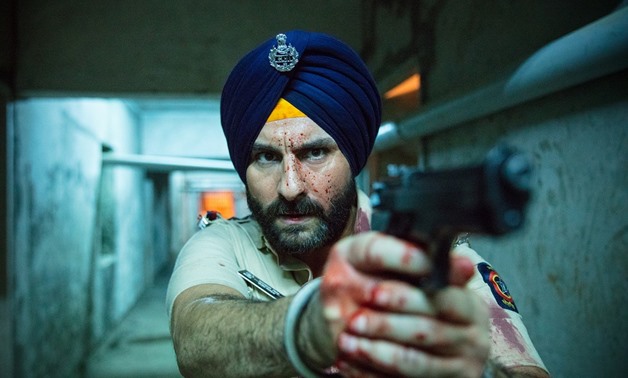 Based on the best-selling 2006 novel by Vikram Chandra, "Sacred Games" is a tense and wild political thriller that draws on all corners of India and it's criminal underworld, and features a wide cast of characters from all walks of life, such as politicians, policemen, spies, religious cults, terrorists, the rich and the poor and more in the setting of modern-day Mumbai. A grand conspiracy rears its head and threatens to tear the fabric of the country apart.

"Sacred Games" follows Sartaj Singh, a Mumbai police officer who's seen better days, as his marriage is over and his career is going downhill. His luck seems to turn around the day he receives an anonymous tip alerting him to the whereabouts of powerful crime lord Ganesh Gaitonde, which could prove to be the case that gives him some respect. Nothing is ever simple however, and Singh finds himself embroiled in a vast, elaborate conspiracy that might prove to extend far beyond India itself, while also drawing on its history. As the stakes rise high and higher, Singh will have to out if he has what it takes to survive.

Produced by Phantom Films, the series will be divided into eight parts and features an ensemble cast of Bollywood and international stars, including the likes of Saif Ali Khan, Nawazuddin Siddiqui, Rajshri Deshpande, Radhika Apte and more. Available in Hindi and English, the series marks Netflix's first Indian production, with the series being shot and produced primarily in India. Netflix's global reach continues to expand further and further, proving itself as the entertainment center of the future.