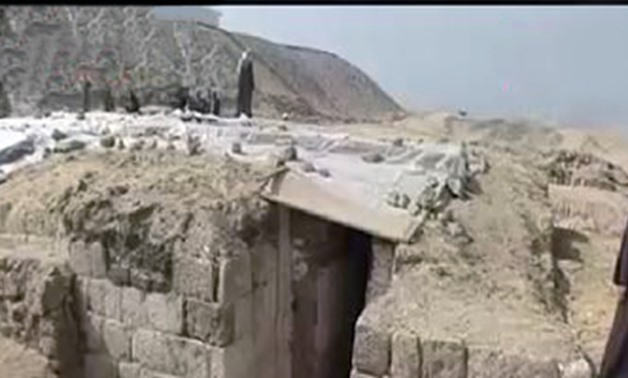 A new tomb was discovered in the Western Cemetery located in the Pyramids area in Giza to an ancient Egyptian woman named Hetpet, as announced today by the Egyptian Minister of Antiquities Khaled Anany.


Anany added that Hetpet is expected to have been a woman with a high social position in ancient times. Hetpet has number of cognomens from them is the Priest of the goddess Hathour.

Hathour is a pharaonic goddess who symbolizes the principles of joy, feminine love, and motherhood. Anany elaborated that the excavation work in this area started in October 2017 and will continue in 2018 under the supervision of Mostafa El Waziry the secretary-general of the Supreme Council of Antiquities.

El Waziry announced that Hetpet played important roles at that time especially in the agricultural field.

“The tomb contains a group of dazzling inscriptions portraying rare amazing scenes like a monkey dancing in front of a complete musical troupe, a sailors’ fight, hunting birds, and fishing among others. All the inscriptions colors are very clear and bright,” El Waziry announced.

Anany explained that the Western cemetery area was reserved for senior officials in the pharaonic area. The famous Egyptian archeologist Zahi Hawass has previously discovered a group of ancient Egyptian tombs in this area.