Mounir to perform in Dubai after 4 years of absence 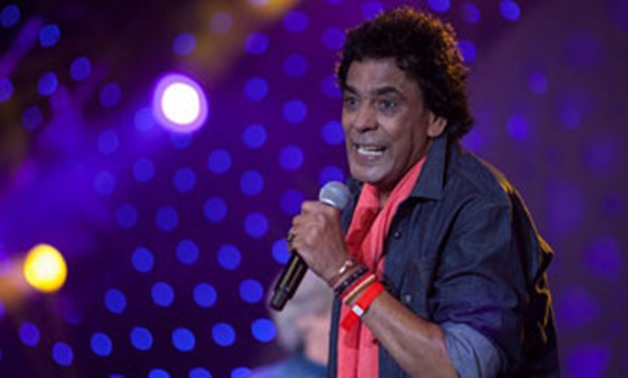 CAIRO – 19 January 2018: The renowned Egyptian singer Mohamed Mounir will perform in Dubai at the Dubai Media City Theater on Friday, after four years of absence. Born in Aswan, Mounir inherited a sense of love and belonging for the Nile, even when he moved to Cairo, he took the Nubian Culture with him.
Mounir’s music reflects his Nubian culture and his contribution to the Arabic music scene is almost unbelievable. He was the first Arab/Middle Eastern singer who mixed Jazz with Nubian music, in other words, he developed the inherited Nubian music scales, and combined it with new universal Jazz music.

Furthermore, Mounir helped introduce many Nubian concepts into Arabic which is obvious in his song "Wist al-Dayra" (In the Circle's Center).

Many of Mounir's songs have an orchestral backing, enhanced with magnificent tunes of the Oud, songs such as "Borg Hamam" (Pigeons Tower) (1995) and "Shababek" (Windows) (1981) demonstrate this unique aspect of hois music best.

Using oriental drum beats, Mounir performs dynamic songs based on folk tunes, such as "Al-Nawasy" (Sidewalks) (2001), in which the drum beat is reminiscent of the familiar beats of "Al-Zar." He also produced notably oriental sounding songs such as "Eqrar" (Endorsement) (2004).

He frequently enriches his music with Rock tunes, especially in live concerts. One of the best examples is his song "El-Kon Koloh Beydor" (The universe is spinning) in (1981) or "Ezai" (How) (2011).

Mounir added female vocals to paint the music with more emotional and attractive colors in his song "Sheta" (Winter) in 1995.

Mounir released the music video “A’lam Wahed” (One World), which addressed the refugee crisis in August 2017.

For the video, Mounir collaborated with the German Egyptian singer Adel Tawil and the World Music Award winner Youssou N’dour. Their video has been released in Arabic, English, French and German.

The clip was shot in Senegal over three days. The song has an obvious message to the world that we are all equal and united together.

“One World” aims to destroy all the barriers between humans and strengthen ties through all humanity. “My home is your home” is the song’s main hook.

It is worth mentioning that the German Ministry of Education has decided to teach, ”One World” to fourth, fifth and sixth grade students in German schools.

The aim behind this decision is to teach children ideas of accepting others and of how to be able to live together peacefully, despite coming from different backgrounds.

Mounir was ecstatic at this decision, saying it proves the importance of music and art in enlightening societies and countering terrorism. He previously added that this is the true role of art, to deal with love and hate in all aspects of life.