Will the Tanis Collection replace King Tut’s in the Tahrir Museum? 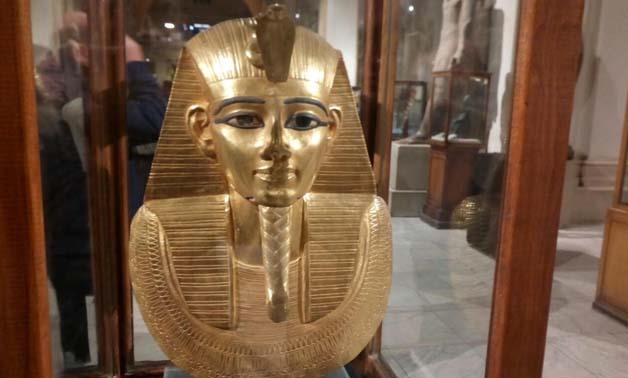 CAIRO – 9 January 2018: “The Egyptian Musem in Tahrir will not die, it will continue to receive visitors all year round,” stated Khaled el-Enani, Minister of State for Antiquities, proudly, on more than one occasion. Even now that King Tutankhamun, hereafter referred to as Tut, has been transferred to the Grand Egyptian Museum, the Egyptian Museum in Tahrir still has the Yuya and Tjuyu collection, in addition to the Tanis gold collection which includes a gold mask that could potentially replace King Tut’s mask in the exhibition.


Dr. Tarek Tawfik, the General Director of the Grand Egyptian Museum, explained that King Tanis enjoys a similar religious significance for ancient Egyptians, and no lesser artistic significance for us, to King Tut’s. Due to their similarity on those two fronts, Tawfik elaborated that the matter no longer becomes an issue of losing artifacts from the Tahrir Museum’s exhibition; instead, Tut’s relocation ushers a chance of displaying other valuable artifacts.

In an exclusive statement to Egypt Today, Dr. Tawfik pinpointed the fact that the Tanis mask represents a different era in Egyptian history, about which very little is known, unlike the 18th dynasty to which King Tut belongs. The Tanis mask being on display will allow other Egyptian treasures to receive more prominence, while also ensuring that each Egyptian museum will have its own well-known, stand-alone exhibitions. The Egyptian Museum in Tahrir is already starting to uncover its hidden treasures, which were previously overshadowed by King Tutankhamun and the massive space he and his collection occupied.

The Tahrir Museum Restoration Director added that the Tanis Collection consists of 2,000 pieces and a gold mask. Additionally, the Tahrir Museum possesses the Sa-Shing gold mask, which also belongs to the 22nd dynasty, along with a very rare collection of silver coffins and gold pieces that remain unmatched in Egyptian history. The collection also includes “The Gold of Tanis”, which consists of necklaces, bracelets and various other accessories of high value.