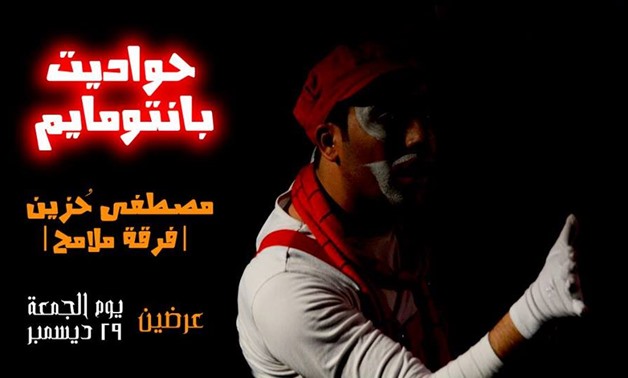 Held under the theme of “Hawadeet Pantomime” (Pantomime Tales), the performance will introduce different fantasy and adventure stories.

He founded his own mime company, Mime Features, and produced many mime performances, staged all over Europe and Egypt.

In 2004, he founded his Mime & Pantomime troupe Malameh and it performed its first show in 2005.

Mime and pantomime, or silent acting, is based on the body movements and signs that the actor performs on stage. It includes numerous forms that vary. In India, mime is combined with music and dance.

The inspiration behind mime comes from reality, tackling universal issues in fictional plots. In the postmodern era, mime was presented through masks, black and white face painting, or clothing, inspiring a number of mime crews to promote their stage names, such as Oreo, The Story of the Mask and Gray Team. American drama “The Agony & the Ecstasy” to screen in Cairo