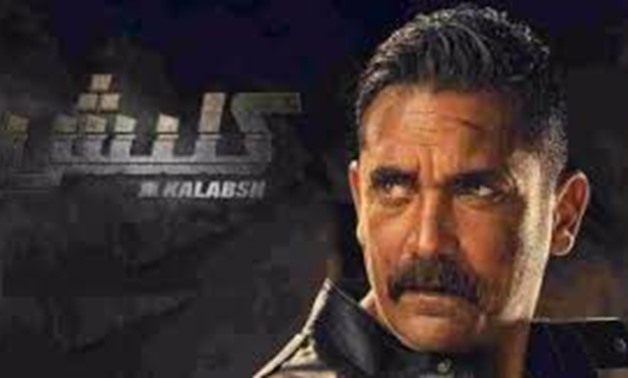 The poster season one of Kalabsh – Egypt Today

Season one revolved around police officer Selim, played by Karara. Selim chases terrorists with his colleague and friend Hesham. Hesham is shot to death by a terrorist and Selim becomes enraged and decides to avenge his friends by killing the terrorist, violating orders, as the terrorist hold important information.

Selim is transferred to another department as a punishment. One night, Selim notices a young man in car whom he suspects is a drug addict. Selim asked the young man to get out of the car so he can inspect it but the young man refuses, claiming the car is owned by a Member of Parliament. The young man attempts to run away from Selim but is eventually caught and Selim beats him to death. Selim finds himself charged with murder.

Baher Dweidar, the script writer of “Kalabsh,” previously announced that he got the idea for the series from the spark of the January 25 Revolution. Dweidar used the stories of torture, death and the fabrication of charges by police, which occurred prior to the revolution, and the escape of prisoners from police detention centers and prisons that occurred after as inspiration for the series.