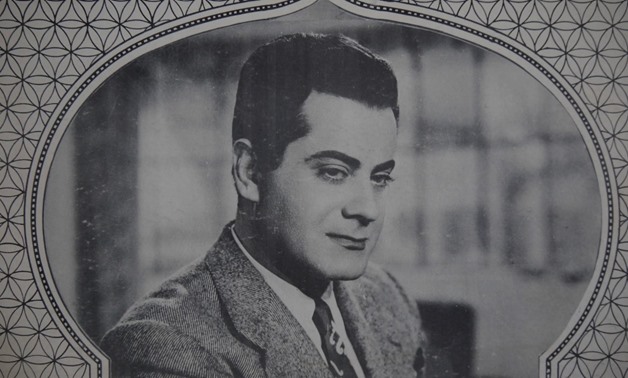 Born in 1910, Farid El Atrash was born into a Druze family in Southern Syria. His family participated in the resistance against the French Occupation of Syria.

Due to the danger of war in Syria, Al Atrash immigrated with his mother, brother, Fouad, and sister, Asmahan, to Egypt. There, he learned, from his mother to sing and play the oud. Then, he joined the High Institute of Music in Cairo.

Having a great passion for music, Atrash collaborated with Badia Masabni, the Lebanese actress and belly dancer. Shortly after, he attempted to perform on Egyptian National Radio. Following many failed attempts, he finally succeeded and released his first single “Ya Retny Tair” (I Wish I Could be a Bird).

Referred to as the “King of Oud,” Atrash composed a number of iconic musical compositions for leading signers including his sister (Asmahan), Fayza Ahmed, Fatheya Ahmed, Shadia and Sabah.

His music catalogue is comprised of more than 220 songs like “Gameel Gamal” (So Beautiful), “Esmaa’ Lama Aaolak” (Listen to Me), “Wahdany” (I am Alone) and “Ziena.”

He died at the age of 64 in 1974 in Beirut.Atrash will always be remembered as one of the Arab world’s greatest performers.