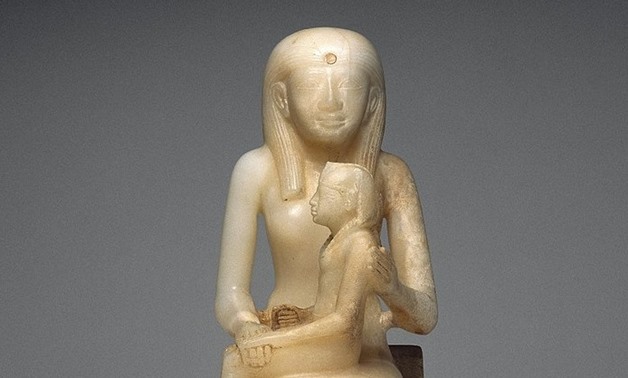 Ankhesenpepi with her son Pepi II - Photo courtesy of Wikipedia

CAIRO – 21 December 2017: Today, Ancient Egyptians captivate the minds of people around the world because of their extraordinary contributions to civilization. Egypt Today presents a glimpse on the greatest queens in Ancient Egypt.

One of the latest archeological discoveries in Saqa was unearthing a wooden statue for a woman’s face, which has been connected with Queen Ankhesenpepi II.

As one of the greatest queens in the history of the sixth dynasty and Ancient Egypt, she was the wife of King Pepi I, and the mother of King Pepi II who ruled Egypt for 94 years, according to legendary historian Manetho.

Born to a nobleman Nahu and her mother Nebet, the first female vizier in the history, Ankhesenpepi had a sister called Ankhesenpepi I.

Both sisters got married to Egypt’s king Pepi I, and both delivered two males babies. The son of Ankhesenpepi’s I was Merenre Nemtyemsaf I, while Ankhesenpepi’s II son was Pepi II.

Merenre Nemtyemsaf I ruled Egypt for only a few years after the death of King Pepi I. When King Pepi II was crowned at the age of six Queen Ankhesenpepi II became the guardian of the throne at the beginning of her son’s reign.

In 1998, Ankhesenpepi II was discovered in Saqqara and the pyramid carried many inscriptions indicating her title as “Queen Mother.” More recently, a number of her belongings were discovered, including her mummy and part of an obelisk dedicated to her.