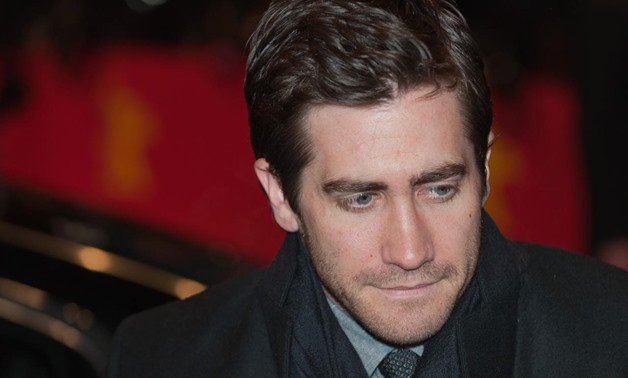 CAIRO – 19 December 2017: December 19 is the birthday of Hollywood star Jake Gyllenhaal. Egypt Today celebrates his life, looking at how he got to where he is and some of his most defining roles.

Born in Los Angeles in 1980, Jacob Benjamin Gyllenhaal was born to a family in the film industry, with his father being director Stephen Gyllenhaal, while his mother is producer and screenwriter Naomi Foner. Gyllenhaal and his sister, fellow actor Maggie, have both been acting since they were children. Amongst these early roles was his debut in the comedy film “City Slickers” in 1991 and the 1993 drama “A Dangerous Woman”, which was directed by his father, written by his mother and co-starred his sister, making it the only film to date produced by the entire family.

As he grew older, Jake desired to shed his image of a child actor. He next starred in the 1999 biographic drama “October Sky”, where he played the lead role of Homer Hickam, a coal miner's son in the 1950's who decides to rebel against his father's wishes and learn how to build rockets. Gyllenhaal was nominated for a Teen Choice Award for Breakout Performance, though his true breakthrough was yet to come.

This dark, bizarre, mind-bending cult classic from director Richard Kelly stars Gyllenhaal as the titular character – a troubled young teen who is plagued by visions of a man in a disturbing bunny costume whom only he can see. The bunny leads him down the rabbit hole that leads him to getting caught up in a supernatural series of events.

Co-starring alongside Jennifer Aniston, Gyllenhaal portrays Holden Worther, a stock boy working at a store who believes himself as the reincarnation of a “Catcher in the Rye” character. He begins an affair with the owner of the store (Aniston), who happens to be married. This film was directed by Miguel Arteta.

In one of Gyllenhaal’s most iconic roles, director Ang Lee casted him opposite Heath Ledger as two cowboys who start off with a deep friendship that begins to grow even closer, leading to conflict between them both as they struggle with their feelings. Gyllenhaal was nominated for the Best Supporting Actor Oscar award.

This thriller from David Fincher, director of “Se7en”, adapts the real-life man-hut for the Zodiac Killer during the 1960s and 1970s, a mass murderer in California who eluded authorities and frequently taunted them. Gyllenhaal stars as San Francisco cartoonist Robert Graysmith, who grows obsessed with figuring out the identity of the killer. Mark Ruffalo and Robert Downey Jr. also star in the movie.

This sci-fi mystery thriller by director Duncan Jones casts Gyllenhaal as army sergeant Colter Stevens, who awakens on a moving train in the body of another man as part of a special government experiment. He is told to uncover who planted a bomb on the train and stop them. The only catch being that Stevens only has 8 minutes to find them, and his failure has him sent back in time until he can track down the bomber.

David Ayer directs this documentary style cop drama that follows two policemen, Brian Taylor (Gyllenhaal) and Mike Zavala (Michael Peña), in Los Angeles throughout their daily job, even as things begin to ramp up in seriousness.

Denis Villeneuve's chilling drama explores the depths of human despair and vengeance following a kidnapping. Hugh Jackman stars as Keller Dover, whose 6-year-old daughter has been kidnapped alongside her friend. Detective Loki (Gyllenhaal) heads the case in finding the daughters, but when he releases a suspect due to lack of evidence, Dover takes desperate measures to deal justice.

In this crime thriller from Dan Gilroy, Gyllenhaal takes the role of conman Louis Bloom. Desperate for a job, he winds his way into the seedy underbelly of LA crime journalism, chasing police sirens to capture crimes right as they happen. Gyllenhaal earned himself a Golden Globe nomination for his leading performance.

Tom Ford's tense romantic drama explores the lines between fiction and reality through a divorced couple. Susan Morrow (Amy Adams), a wealthy art curator, receives a manuscript one day from her ex-husband, Tony Hastings (Gyllenhaal). The plotline then follows the plot of the manuscript, where a man’s (Gyllenhaal) family vacation takes a turn for the worst. As she reads, Susan uncovers dark truths about herself.