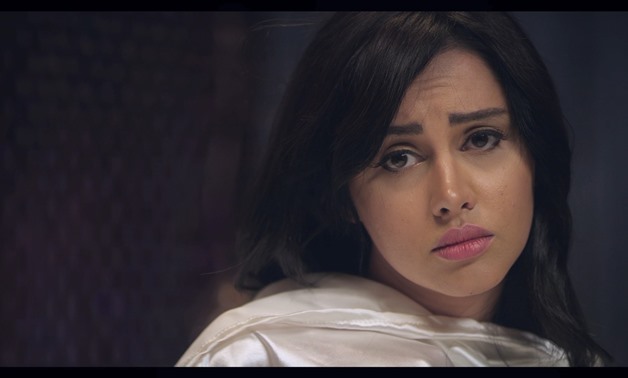 Yasmine Rais in a scene from 'Balash Tebosny' which will screen on Saturday, December 9 at DIFF at 9:30 pm – Egypt Today

CAIRO – 9 December 2017: The Egyptian movie “Balash Tebosny” (Kiss Me Not) will screen on Saturday, December 9 at Mall of the Emirates VOX 17 at 9:30 p.m., as part of Dubai International Film Festival (DIFF).

The film revolves around director Tamer who struggles to deal with an actress, who quits a kissing scene and the whole film industry after she decides to don the hijab; the film stars Yasmine Rais.

“Balash Tebosny” is directed by Egyptian-American writer and director Ahmed Amer. Amer has previously released the worldwide recognized hit film "Ali, the Goat and Ibrahim.” “Balash Tebosny” will be closing the Arabian Nights lineup at DIFF.

“Arabian Nights is one of the most highly anticipated categories each December, as it celebrates the cultural diversity within the Arab region through the exceptional medium of film. This year’s lineup tackles pressing issues facing the world today and aims to overcome these boundaries, bringing communities together through compelling storytelling,” said Delphine Garde-Mroueh, Arabian Nights Programmer in a press statement by DIFF.

DIFF has previously announced that 11 films will be participating in the Arabian Nights segment as part of its 14th edition of the festival.